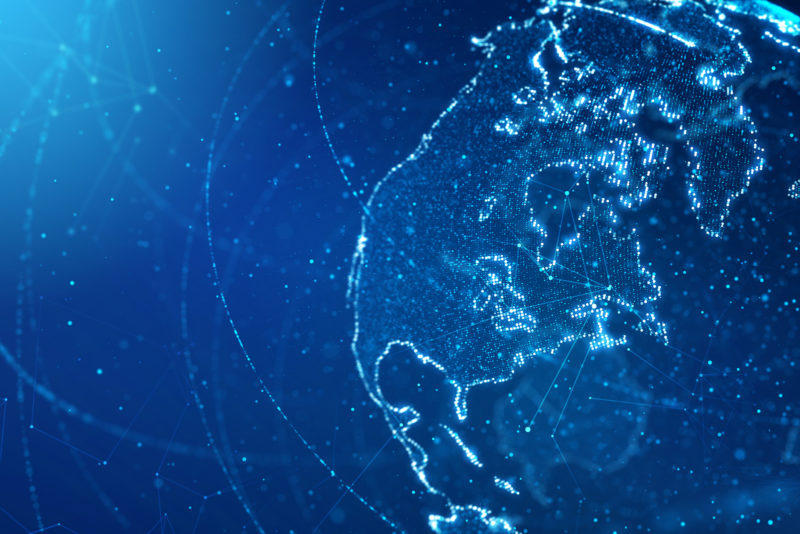 After four straight reports with negative returns, the Carrier-Focused Telecom Technology Index (CFTTI) finally bounced back with a strong return of 12.6% in our summer reporting period. This outperformed both the S&P 500 (up 3.1%) and the NASDAQ (up 10.8%) by a wide margin. Even with this period’s strong performance, the CFTTI still significantly lags the broader indices over the full year. The CFTTI is stuck in negative territory with a 12-month loss of 3.5%, while the S&P 500 and NASDAQ are up 10.6% and 27.3%, respectively, over the course of the past year. Multiples are also slightly lower for the sector compared to the year-ago period. The sector revenue multiple dropped from 2.5x to 2.4x, and the sector EBITDA multiple fell from 14.0x to 11.5x. 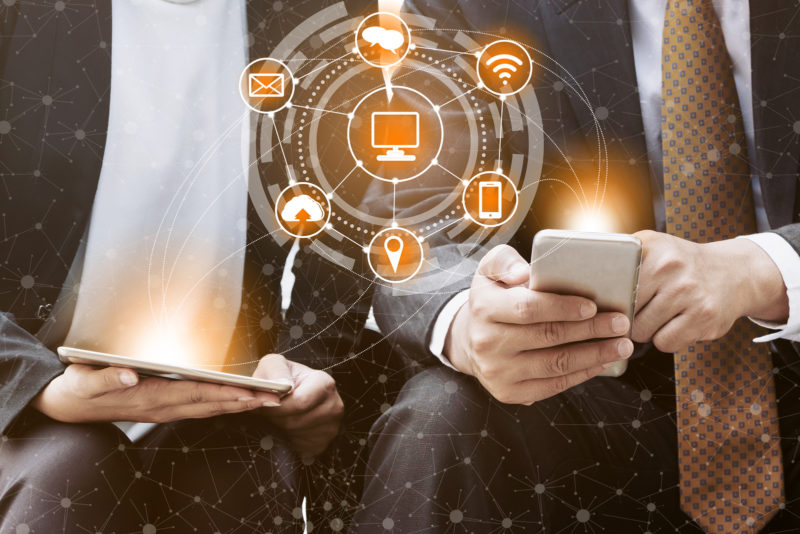 While a 2.0% drop in the Focus Enterprise-Focused Telecom Technology Index (EFTTI) over the course of a three-month period would normally be considered disappointing, given the current environment for public equities it seems like a victory. This is highlighted by comparing it to the three-month drop in the S&P 500 of nearly 10%, and it also beats out the 2.9% decline in the NASDAQ over the same time frame. Sector performance is not as strong when measured over the full year period as the 11.9% decline in the EFTTI stacks up unfavorably compared to the 1.1% decline in the S&P 500 and the 9.8% gain in the NASDAQ. Sector multiples are also down significantly compared to this same time last year.The sector revenue multiple dropped nearly a full turn from 4.8x to 4.0x, while the sector EBITDA multiple fell from 20.3x to 16.6x. 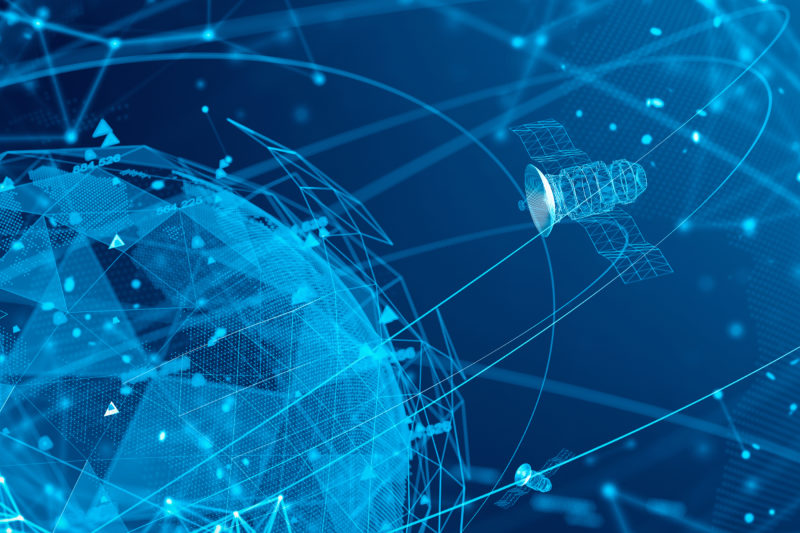 Not surprisingly given the current state of the public markets, it was a challenging three-month period for the FOCUS Communications Service Provider Index (CSPI). The sector plummeted just shy of 20% over this time frame, which was roughly in-line with the 20.0% drop in the S&P 500 but greater than the 14.2% drop in the NASDAQ over the corresponding time frame.The situation looks a bit better when measured over the full year period.The CSPI was down only 9.3% in the past 12 months, although once again this underperforms both the S&P 500 (down 8.8%) and the NASDAQ (down 0.4%). Sector multiples are lower than they were in the year-ago period, although the drop is not as dramatic as we might have feared.The sector revenue multiple dipped from 2.7x t0 2.5x, while the sector EBITDA multiple fell from 8.0x to 7.2x. 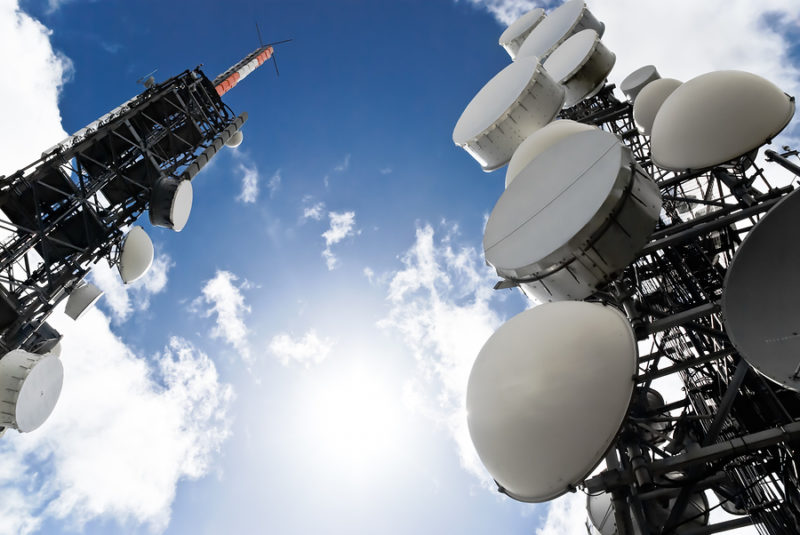 Unfortunately the FOCUS Telecom Business Services Index (TBSI) was not immune from the storm that hit the capital markets this period. The sector plummeted 27.2% over the past three months, which significantly underperformed both the 20.0% drop in the S&P 500 and the 14.2% drop in the NASDAQ over the corresponding time period. The situation is similar for the full year period as the 9.1% drop in the TBSI was greater than the 8.8% and 0.4% drops in the S&P 500 and NASDAQ, respectively. Interestingly, the sector revenue multiple held steady compared to this same time last year at 0.4x. However, the EBITDA multiple for the sector fell precipitously from 9.2x a year ago to 6.6x currently.

Our Spring 2020 report marks a full year of reports where the Carrier-Focused Telecom Technology Index (CFTTI) delivered a negative return for the three-month period. In this case the sector was down 6.9% over the past three months. The broader indices are also down over this time frame, although not as steeply. The S&P 500 lost 6.0% over this same period, while the NASDAQ only dropped 1.1%. The situation for the full year is even more discouraging as the CFTTI is down 17.0% year-over-year while the S&P 500 and NASDAQ are up 6.1% and 13.7%, respectively. Sector multiples have also dropped significantly compared to this same time last year. The sector revenue multiple dropped from 2.5x to 2.1x, while the sector EBITDA multiple fell from 14.9x to 10.6x.

After a disappointing fall report, the Focus Enterprise-Focused Telecom Technology Index (EFTTI) underwent a modest bounce back in our winter reporting period with a three-month gain of 3.3%. While it was certainly good to see the EFTTI back in positive territory, the index still trailed the 6.2% gain in the S&P 500 and the 10.4% gain in the NASDAQ by a fairly wide margin.The situation is similar for the twelve-month period, where the 6.2% year-over-year gain in the EFTTI compares poorly with the corresponding gains of 19.3% and 25.7% in the S&P 500 and NASDAQ, respectively. On a more positive note, we did see that sector multiples are higher than they were at this same time last year.The sector revenue multiple increased from 4.0x to 4.3x, while the sector EBITDA multiple went from 16.9x to 17.8x.

On the plus side, the FOCUS Communications Service Provider Index (CSPI) turned in a positive return for the current reporting period with a three month gain of 1.5%. However, this return trailed the broader indices by a wide margin as the S&P 500 was up 8.5% and the NASDAQ was up 12.2% over the corresponding time period. The CSPI also trails the broader indices for the full year period, although the gap is certainly narrower. The return for the CSPI over the last 12 months was 24.0%, while the S&P 500 and the NASDAQ gained 28.9% and 35.2%, respectively. Sector multiples are meaningfully higher than they were a year ago. The CSPI revenue multiple increased from 2.5x to 2.8x, while the EBITDA multiple climbed from 7.3x to 8.5x.

For the third straight period the FOCUS Carrier-Focused Telecom Technology Index (CFTTI) had a negative return. In this case, the CFTTI was only slightly in the red with a three-month loss of 0.3%. This performance trailed the broader indices as the S&P 500 and NASDAQ both turned in strong gains this period of 7.3% and 8.8%, respectively. The CFTTI’s 1.8% decline in the past year also compared unfavorably to strong year-over-year gains in both the S&P 500 and NASDAQ. Sector multiples closed out the period lower than they were at this same time last year. The sector revenue multiple dipped from 2.3x to 2.2x, while the sector EBITDA multiple fell more sharply from 14.4x to down to 11.9x.

The FOCUS Enterprise-Focused Telecom Technology Index (EFTTI) experienced a double-digit loss in our fall report- ing period, dropping 11.4% in the past three months. This was despite the fact that the S&P 500 and NASDAQ were up 1.9% and 1.4%, respectively, over the same time period.The EFTTI still remains in positive territory for the full year with a 12-month gain of 6.7%. However, this gain once again trails the broader indices as the S&P 500 is up 12.0% year-over-year and the NASDAQ is up 13.5% year-over-year. Even with the overall decline in the index, sector multiples actually increased compared to this same time last year.The sector revenue multiple went from 3.9x to 4.2x, while the sector EBITDA multiple increased from 16.2x to 17.5x.