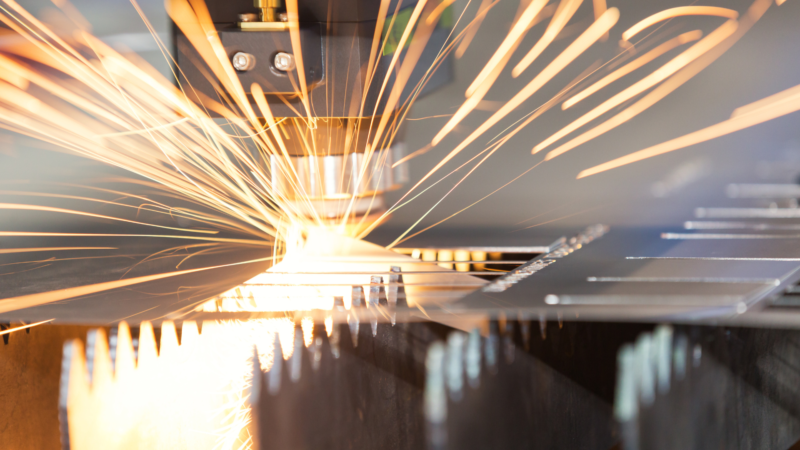 In an era where American manufacturing is facing the harsh reality that it, for too long, has relied on offshoring, Ford Motor Co. is breaking ground on multiple sites to produce electric vehicles from start to finish in the United States. The carmaker’s BlueOval City campus in Tennessee and its two BlueOval SK Battery Parks in Kentucky “will produce the next generation of electric F-Series trucks and the batteries to power future electric Ford and Lincoln vehicles,” according to a Ford press release.

What is being billed as “the largest ever U.S. investment in electric vehicles at one time by any automotive manufacturer,” Ford’s $11.4 billion investment will create nearly 11,000 new jobs, including jobs for welders and other skilled tradesmen. Understanding the challenges of finding skilled labor, Ford will rely on sophisticated automation systems to produce its next fleet of EVs.

This article, however, is not aimed at the Ford automation team planning Blue Oval City. Certainly, there will be plenty of robotic welding done at the new plant both for vehicle bodies and for battery construction, but Ford’s automation team has automated its high-volume operations numerous times before.

The focus of this article, therefore, will be to contrast Ford’s task of automating high-volume work with the work that is typically done at low-volume, high-mix metalworking job shops and contract manufacturers. These businesses serve numerous customers, operate in multiple industries, and make parts and assemblies that often require not only welding but also cutting, forming, milling, and finishing. They, too, understand the challenges of finding skilled labor, but are faced with the complex task of determining the ROI of automation for an ever-changing product mix.

To determine automation ROI on a Ford production line, the planner needs to deal with relatively predictable variables, such as welding structural members of a steel frame, the

number of frames coming down the line, time to complete the welding, materials and energy consumed as well as the cost of the robot plus installation and programming. Additionally, downtime and maintenance are accounted for.

This data can then be fed into a software program along with data for all the other cost inputs and compared with the potential revenue from the sale of the trucks to determine the anticipated return on investment. It can also be compared with the cost of the same operations performed with human labor to evaluate whether the automation investment should be made.

Now, compare that challenge with the plight of a shop owner in a high-mix environment. In theory, each of these calculations could be conducted for every part that the shop may need to produce at some point in the future. But that’s clearly an impossible task for the typical high-mix shop. Surely, there’s a simpler way to do it, right? The robot salesman sure made it seem that way.

According to the salesman, his robot replaces two workers, costs $2.40 an hour fully amortized and will save an investor $100,000 per year. While that may sound simple, there is much left unaccounted for. Think about the shop with a robot gathering dust in a corner or a full robotic cell in use only 30 percent of the time while manual stations nearby are putting in overtime. In these instances, one can be fairly certain that the robot salesman’s calculations did not assume inevitable downtime.

Ask any manufacturing professional what their top pain point is in today’s environment and the resounding answer is always finding skilled workers, particularly welders. When reminded that automation can be part of the solution, it’s natural for these same professionals to question whether it’s the right solution for their specific operation.

While it’s easy to identify challenges that may indicate a robot isn’t necessary for a particular situation, let’s start with some of the reasons a shop owner fails to address the issue of automation at his peril. But let’s not start with the cost involved, though there certainly may be significant cost savings in deploying an automation solution appropriate to a fabricator’s specific needs. Other factors, however, are likely to be more important to the ultimate decision.

So what could go wrong?

But the decision to automate isn’t a slam dunk for everyone, particularly in the high-mix, low-volume context. Some of the factors that need to be considered include:

With 30 years in M&A investment banking advisory services, Focus Investment Banking LLC knows these situations all too well and is committed to helping its clients avoid them. To carry on that commitment, tune in next month for a second installment on the critical decision to automate.

As a teaser, the second installment will address how you as an owner can weigh these and other factors in the balance to make a go or no-go decision on automation. Expect coverage on the critical importance of great management information and manufacturing execution systems to drive smart pricing decisions, scheduling and other make-or-break factors. Furthermore, there will be focus on how to put your welding automation investment in context with the broader opportunities to automate other aspects of your plant, including other technologies such as milling, cutting and bending that may be equally important to your successful automation journey.