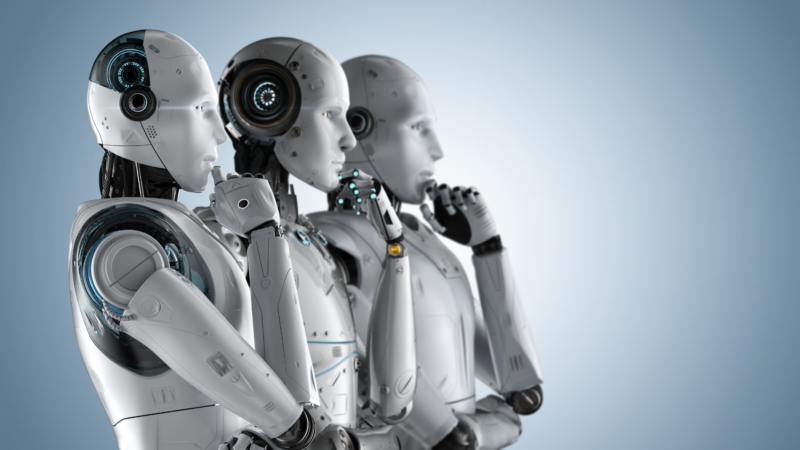 Collaborative robots, better known as cobots, are a game changer for manufacturing automation. The leader in the sector, Universal Robots (UR), is experiencing spectacular growth. For the high mix, low volume machining and welding job shop, cobots will frequently prove to be the automation solution of choice.

In Part 1 we explored some of the reasons shop owners may want to consider automation, including growing shortages of skilled labor, increasing pressure for consistent weld quality and competitive pressures from both overseas and domestic rivals. While automation won’t solve every challenge, it’s increasingly hard to ignore. The meteoric rise in cobot sales proves that a growing number of owners are hearing the siren call.

So, what’s all the fuss? Robots entered the factory floor more than fifty years ago. A modern automotive assembly line consists of scores or even hundreds of hulking robotic arms, some weighing tons and capable of lifting as much as 5000 lbs. The cost of a fully equipped automated weld cell might range from around $100,000 to double that or more, including the cost of a newly minted robot, end effectors, digital control systems, safety enclosures and more.

Job setup for an industrial system requires complex programming, precisely mapping every movement the robot will make to accomplish a specific task. Certainly, for many applications an industrial robot system will be the only option due to factors such as payload and reach requirements for welding larger assemblies. In the right situation, particularly one where standard part is welded day in and day out, such expense can be easily justified.

However, there are many drawbacks to the use of industrial robots beyond cost, safety, fixed space utilization, etc. By far the most important drawback is lack of flexibility. Reprogramming is often not feasible to support a fast-changing order flow. Cobots are designed to address that challenge, with pad-based setup capabilities that require neither programmers nor trained welders. Much of the accumulated knowledge of the welding trade is built into the software. Setting up a job can be as easy as inputting the start points, the characteristics of the material to be welded and the appropriate welding wire for the job. Instruct the system to weld a line (or arc) between the points and the software does the rest.

While this may not always be efficient for an order size of one, the savings quickly multiply with the job size. Once the job is programmed and fixtured, the cobot will weld each part identically. Those coming offline at 3:30 pm will be identical to the fresh welds at 9:30 am. And the robot doesn’t need bio breaks nor will it arrive at work Monday morning groggy from watching the Sunday night game with its buddies. Far from replacing your trained welders, a cobot’s best role is as a people extender. It works safely in proximity to humans. More important, the cobot is happy to take the hot dirty and dangerous job, freeing your best welders to focus on the more complex, difficult, and often more profitable jobs while the robot addresses routine production in the corner.

How do we get started with cobot automation?

Stu Shepherd has led the US operations of some of the leading global players in robotic automation. Stu joined Universal Robots in 2018 and is currently its Vertical Development Director, Americas focusing on the automation of precision metalworking. Since Stu joined UR, the company has experienced phenomenal growth, most recently reporting a 50% increase in sales for the first three quarters of 2021 v. 2020. The transformation of welding through cobot automation plays a big role in in achieving these results. “Collaborative welding robots are the first truly disruptive technology to hit robotic arc welding in decades.”

Universal Robots has designed its product to be simple enough for a smart manufacturing team to deploy its first cobot out of the box. At Fabtech the UR booth provided hands on proof; prospective customers who’d never touched a robot were handed a controller and within minutes were programming their first welding operation on the floor. However, Stu has worked to develop UR’s network of more than sixty automation distributors and integrators to support its metalworking customers. These firms offer perspective not just on the how to of automation but can provide perspective on the possibilities presented by the rapidly expanding capabilities and ease-of-use now being offered.

Stu’s advice is to work with one of these welding automation specialists to leverage their experience and speed solution implementation, but “you don’t need to figure it all out at the beginning. Get started; find a simple task that can readily benefit from automation. Robots are best when they are replacing humans in the dull, hot, dangerous, and dirty jobs that humans don’t want. Then begin to work with your automation partner to find other places within the shop that can benefit from automation.” This advice is made easier by the recent trend toward robots as a service and short-term rental as options for cobot deployment. If you’re not sure that automation is going to work, a three-month cobot deployment to see if automation is practical won’t break the bank.

Tom Richardson, Technical Specialist with ARC Systems, a leading integrator focused on welding automation, works with a variety of manufacturers that incorporate welding in their operations. ARC is in Houston where many of its customers weld big iron for industries like drilling and petrochemicals where the projects call for industrial robots suited for larger scale projects. His customers are finding an increasing need for automation. Tom points out that advances in welding software have made industrial robot automation far more accessible to industries that previously relied exclusively on human welders.

For a shop just getting started in automation Tom says “most integrators will be open to an introductory call to explore a prospect’s needs. Having worked on numerous automation projects in a variety of industries, an experienced integrator can point out opportunities for automation that the shop owner may not be aware is possible.” Many processes that a robot couldn’t have handled ten years ago can now be automated. Grinding is a good example. It’s dirty, dangerous, and dull. Turnover is rife. Moreover, once programmed for each weld the robot will produce its best work hour by hour and day after day.

Whether it’s an industrial robot or a cobot, Tom Richardson points out that welding efficiency is limited by the physics. The robot may not be able to put down material faster than a human welder. But the robot can do the repetitive jobs, leaving the tough welds to the humans. ARC was recently approached by a manufacturer of barbecue pits that hoped to automate a task that turned out to be too complex for a robot due to the geometries involved. In reviewing the project, ARC noted some simpler tasks that could be readily automated. This freed up the experienced welders to focus on the harder welds, dramatically improving overall productivity with more product consistency.

How to determine what to automate?

Stu Shepherd indicates that welding automation can reduce operating costs by enabling skilled welders to set-up jobs and tend to multiple welding jobs rather than just doing repetitive welding tasks. Skilled labor productivity and equipment arc on times can be increased by 50% or more. With only a few minutes of training, many cobot welding jobs may be tended by general labor, which further frees-up skilled welders and reduces costs. For both skilled and general labor, use of cobot welding is new and fun, plus reduces work-related fatigue and exposure to heat and fumes, which may reduce turn-over and extend longevity. With the right products selected for automation, automation can enable second (or even third) shift lights out or minimal staffing operation for more standard products, taking equipment utilization from 30% to 60% or even more. This leaves the more complex tasks to the primary daytime shifts preferred by human employees. Such increases in equipment utilization are increasingly critical for shops faced with overseas competitors operating 24/7.

Joe Crawford is Vice President, Engineering at H3 Manufacturing with three plants in central Illinois and Schaumberg, a Chicago suburb, where workforce efficiency is critical. Prior to joining H3, Joe spent ten years with Ellison assisting its metalworking customers implement shop automation projects. He emphasizes the need to start with a holistic look at the automation puzzle, with the goal of maximizing overall equipment uptime. Joe suggests starting with a hard look at the parts being produced. Look for opportunities to automate 50 or 60 parts, not just 5 or 6.

Joe suggests that a good automation customer needs to be open minded. Don’t start by looking at automation equipment, start with the processes and parts and look for commonalities where repetitive tasks apply to multiple parts. Once the automation opportunity has been identified, pick the best equipment to address the problem. Sometimes the solution requires a rethinking of the process, perhaps redesigning the fixturing to support an automated approach v. the former human driven approach. Sometimes the appropriate automation solution won’t even be a robot.

Tom Richardson suggests that for best results the automation customer should be able to define its expectations from the process. If AS9100 compliance is mission critical, will process automation aid that goal by guaranteeing consistent quality over tens of thousands of welds? Apply the 80/20 rule. If 80% of what you do is subject to automation, focus there and leave the 20% for your skilled/experienced welders. They’ll appreciate the opportunity to step up their personal game and your bottom line will benefit from the improved margins and the higher revenue the robots make possible.

This article was previously published in Welding Productivity.