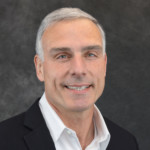 Richard Pierce has more than 10 years of investment banking experience advising middle market clients on a variety of mergers and acquisitions and capital raising transactions. Mr. Pierce’s primary emphasis has been on serving clients in the telecommunications industry.

The FOCUS Carrier-Focused Telecom Technology Index (CFTTI) did not escape from the overall market carnage and dropped 15.8% in our summer reporting period. This decline was steeper than the drop in both the S&P 500 (down 5.5%) and the NASDAQ (down 12.1%). This period’s declines were also enough to push the sector into negative territory for the full year. The CFTTI is now down 15.7% compared to this time last year, which once again compares unfavorably to the 1.7% drop in the S&P 500 and the 12.1% drop in the NASDAQ. Sector multiples continued to decline. The sector revenue multiple dropped from 2.6x a year ago to 2.1x currently, and the sector EBITDA multiple fell from 12.8x to 10.2x over the same time frame.

The FOCUS Carrier-Focused Telecom Technology Index (CFTTI) suffered a second straight reporting period in negative territory, although the decline this period was only slight at 0.3%. Even with this period’s decline, the sector still outperformed both the S&P 500 (down 4.2%) and the NASDAQ (down 11.5%) over this past three months. The sector still remains in positive territory for the full year with a gain of 12.6%. This gain lagged the 14.8% increase in the S&P 500 over the past year, but was higher than the 4.2% gain in the NASDAQ. Sub sector multiples ticked up slightly compared to a year ago. The sub sector revenue multiple went from 2.3x to 2.5x, while the sub sector EBITDA multiple expanded from 11.2x to 12.0x.
More than 20 years after the rise of the Internet and the advent of the modern telecommunications industry, telecommunications continues to be an extremely dynamic industry. With so many of the industry headlines centering around behemoth service providers such as AT&T and Verizon or tech giants like Ericsson or Google, it might appear the massive amount of industry consolidation has left little room for middle market telecommunication companies or their investors.