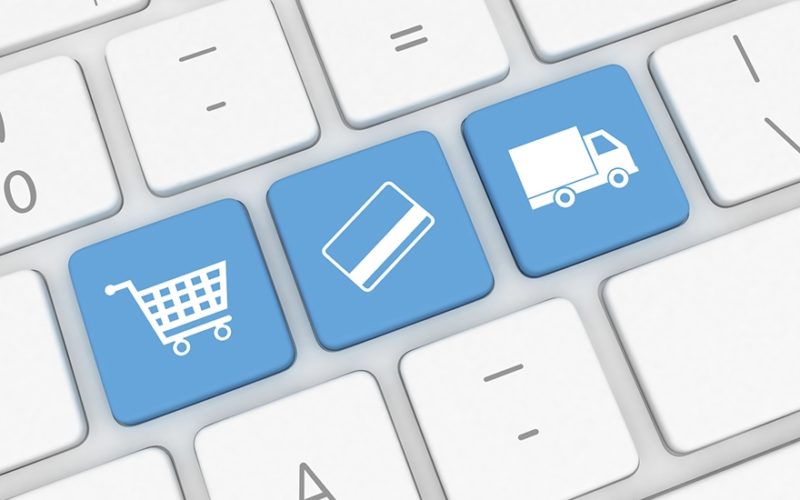 The e-commerce market has grown sharply over the past 25 years, and it got a big boost from the Covid-19 pandemic, which forced billions of people to stay – and shop – at home. Those habits are unlikely to change, even as more people return to traditional physical stores. 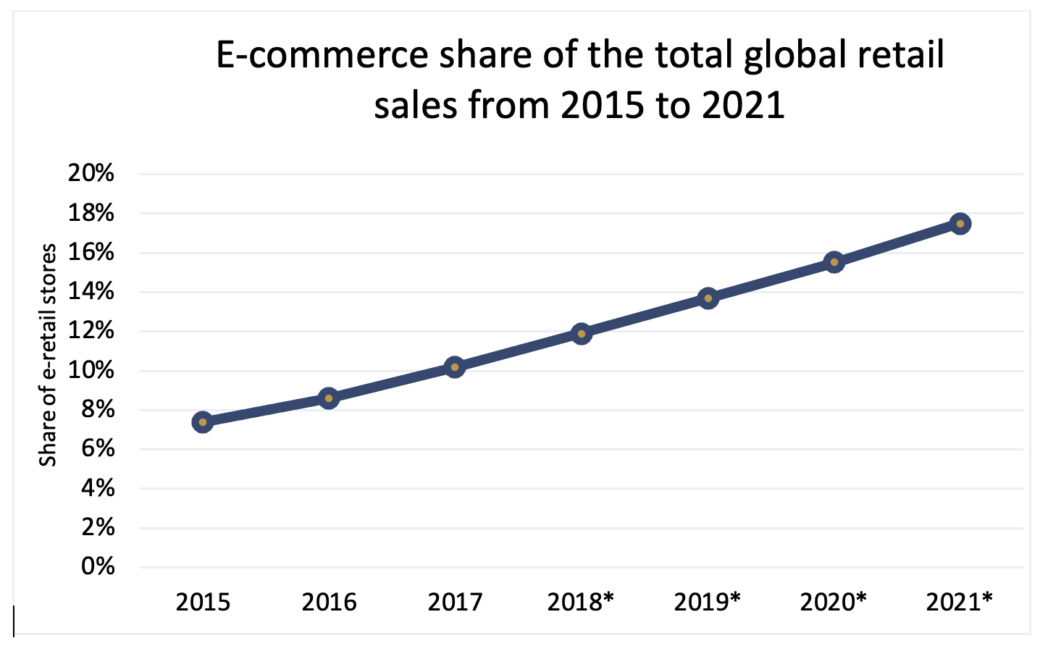 But while growth in e-commerce shows no sign of peaking any time soon, valuations of online retailers may have. So if you own an e-commerce business, there may be no better time to sell than right now.

There are nearly 273,000 e-commerce businesses in the U.S., generating more than $546 billion in revenue, according to figures from Peak Business Valuation. Not surprisingly, the value of many online retailers has increased sharply in recent years, as much for their promise of future gains as well as their recent performance.

“Online businesses are in high demand with the recent shift towards e-commerce, and many traditional blue-chip investors are looking to expand their portfolios by acquiring digital companies,” Retail Touch Points says. According to some estimates, e-commerce companies accounted for nearly 80% of all business sales in 2020. So cashing in now, with valuations at record highs, may be a smart decision. The bull market in e-commerce companies, in other words, may not last forever, even if the industry continues to grow.

One reason is simple supply and demand. While prospective buyers—mainly private equity investors, other e-commerce companies and aggregators—are flush with cash and eager to put it to work, the supply of good companies to choose from isn’t infinite. As Shopify recently warned, the growth trend in the sector “is not only a tailwind for digital brands, but also a headwind as the world of e-commerce becomes more crowded and competitive than ever.” While buyers have bid up the price of e-commerce companies in recent years, they have also gotten more demanding and discriminating in what they will buy and how much they will pay. 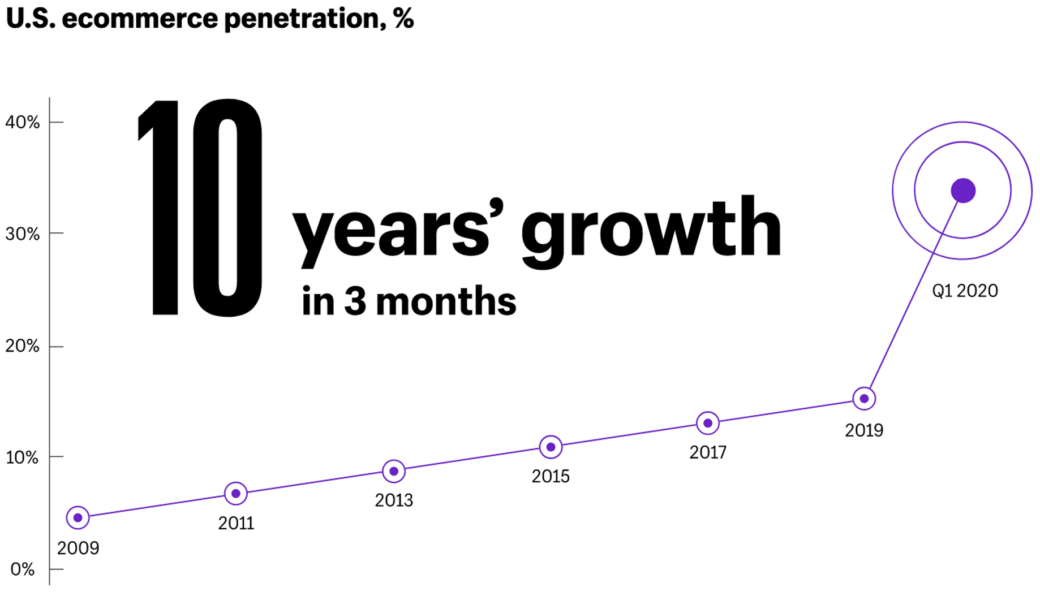 Source: https://enterprise.plus.shopify.com  The role of aggregators

Right now, the market for e-commerce companies is being driven in part by FBA aggregators, who are buying up companies that sell on Amazon’s third-party marketplace. These FBA (fulfillment by Amazon) companies are now responsible for more than half of all goods sold on Amazon’s site. Aggregators buy up promising mom-and-pop sellers with the goal of “transforming them into global brands,” according to Bloomberg. 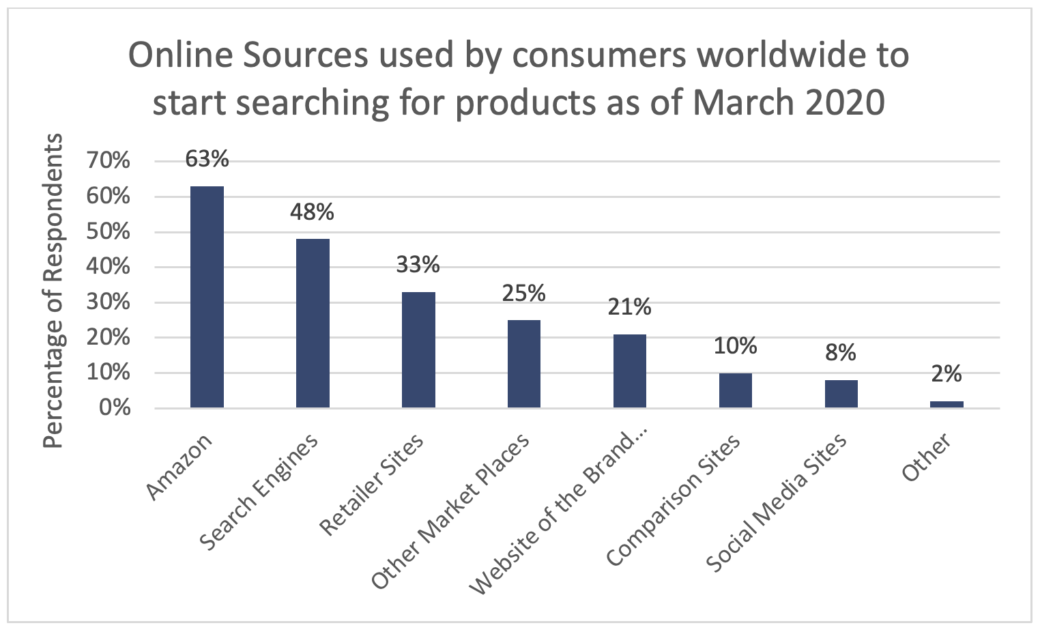 The most acquisitive FBA aggregator is Thrasio, a Walpole, Mass.-based company that has acquired over 100 Amazon businesses since its founding in 2018 and currently has a valuation of over $1 billion. Other big aggregators include Perch and Branded. But according to Bloomberg, about 40 Amazon aggregators have emerged in recent years.

According to Sifted, these aggregators and other acquirers have driven up valuations of e-commerce companies to as much as 8x EBITDA (earnings before interest, taxes, depreciation, and amortization), up sharply from less than 2x when Thrasio started three years ago. Some buyers are even throwing in perks like cash and cars to get deals done. 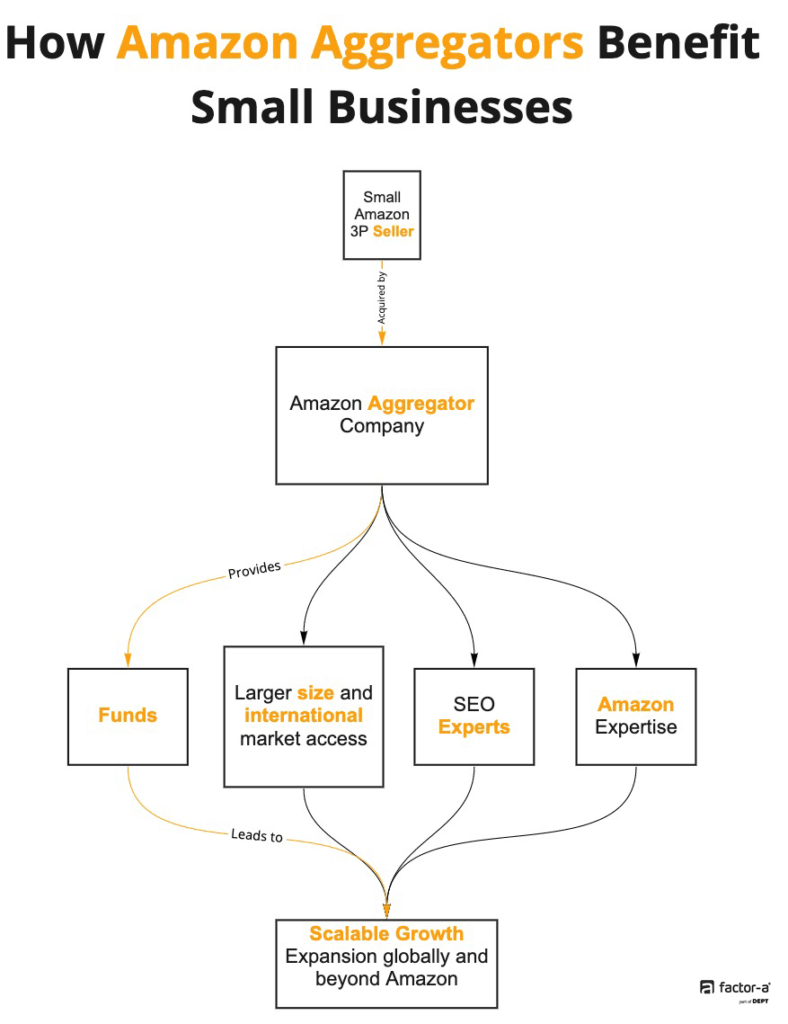 The question is, is that sustainable?

While the growth prospects for e-commerce seem realistic, it’s more difficult to know if valuations can follow that same path. Asset valuations don’t always track the level of underlying business activity and even profitability.

One factor that could negatively impact future https://www.factor-a.com/amazon-aggregators/ is higher interest rates. The Federal Reserve has already indicated that it will likely start tapering its purchases of government and mortgage bonds before the end of this year. While that has had only a minimal effect on bond rates so far, that could change as the tapering program progresses and the Fed removes some of its support for the economy. Higher rates could pinch company profits.

Another thing that could affect the valuation of companies is taxes. The Biden Administration has made no secret that it wants to raise both corporate income and capital gains taxes to pay for its massive government spending programs. E-commerce owners currently on the fence about selling might be better off exiting now at today’s low tax rates rather than waiting, which could have a big effect on how much they would walk away with in a deal.

If you’d like to find out more about selling your e-commerce business, please contact FOCUS Principal Leah White at leah.white@focusbankers.com or 724-448-6180.

In our next blog, we’ll look at how e-commerce businesses are valued.