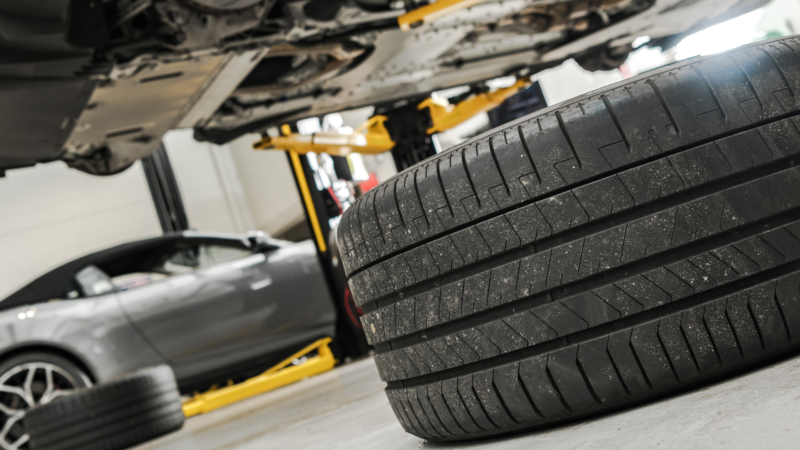 I once estimated that back in the 1990s, Sears Auto Centers were doing, on average, $3 million per year each, which is equivalent to around $5 million today.

It was with a tinge of sadness that I read about the closing of the last 15 Sears Auto Centers stores a few months back. I still recall the opening of the large Sears Auto Centers at Northgate Mall in my hometown of San Rafael, Calif., that my friends and I would ride our bikes to when we were kids. My parents shopped there for tires, batteries and the full-service convenience offered by Sears.

I once estimated that back in the 1990s, those auto centers were doing, on average, $3 million per year each, which is equivalent to around $5 million today. Sears was a powerhouse in automotive with DieHard, Road Handler and Craftsman. (Did you know that Allstate — the insurance company conceived and spun off by Sears — began as a Sears tire brand?) When did Sears Auto Centers begin to slide? I believe it started in the early 1990s. In 1992, the California Department of Consumer Affairs accused Sears of recommending unnecessary repairs to consumers.

Sears had changed the compensation plan for its technicians to a model that included commissions. (A June 23, 1992, report by the Los Angeles Times noted that the company’s chairman, Ed Brennan, held a press conference to announce that Sears was “discontinuing commissions for auto service employees.”) New Jersey and Florida also held their own investigations. I watched with dismay at how Sears handled this crisis. But despite everything, I always thought Sears Auto Centers had great, untapped potential.

To get an insider’s view of what happened at Sears Auto Centers, I asked a couple of former Sears executives who were there. John Leach was CEO of Western Auto when the Sears auto repair crisis hit. Western Auto had been acquired by Sears in 1988 as part of the company’s strategy to expand “off-the-mall.” “Western Auto also owned Tire America and NTW,” says Leach. “They were such wonderful organizations. We kept them decentralized from Western Auto.”

Tire America and NTW “were in charge” of their own operations “and they performed beautifully,” he says. However, Arthur Martinez, Ed Brennan’s replacement from Saks Fifth Avenue, was readying the company’s “Come See the Softer Side of Sears” rebrand. Leach says Sears “took space away from the hard lines in the stores to expand to the higher-profit soft lines,” which he believes alienated Sears’ core customer base.

Sears also abandoned its full-service auto service strategy and got out of most underhood services. Leach says this was one of the reasons why Sears “did not want to continue to expand Western Auto. “What they really wanted to do was to rid the Western Auto stores of the service side of the business and get out of the installation of tires, batteries and pretty much everything.

“It was probably the primary reason I left the company, because I had trouble supporting a strategy for Western Auto that I did not believe in. “Next they took the tire stores away from Western Auto and consolidated them into Sears,” he continues. “They closed Tire America and the NTW headquarters and moved all the people to Chicago,” which was Sears’ home base, and “got them all involved in the highly bureaucratic, centralized organization there.”

Leach says Sears “wanted to centralize all decision-making and that doesn’t work well in a retail and service business. It made them slow to react to market forces.

“We had an interesting little experiment that we did when we were first acquired by Sears. I was asked in 1991 to do something in the Sears stores to generate more tire business. We put together a market test in Richmond, Va. We converted (some locations) to tire stores and called them Tire America by Sears.

“We blew the roof off,” says Leach. “I think we tripled or quadrupled the tire business in those stores. I thought it was a successful test. “All of those numbers would go back to Sears and they would just crunch (them) over and over again.” The company “never gave the green light to turn all their auto centers into Tire America by Sears, which would have been the plan.

“I think those centers would be alive and well today had Sears made those conversions. They wouldn’t have needed the main store to draw traffic to automotive and it’s a great model for off-of-the-mall, as well.” It may have been inevitable that the decline of Sears Auto Centers would mirror the decline of the big department stores. Once one of the most innovative companies in America and one of the largest retailers in the world, Sears failed to keep up with the ever-changing market and changing consumer demand.

To get a more recent flavor for Sears Auto Centers, I reached out to Frank Kneller, who most recently was CEO of Sun Auto Tire & Service Inc. and had a prior position as vice president of operations at Sears Auto Centers. Kneller also points to “the softer side” of Sears and the charges in California and other states as the beginning of the end. “I joined Sears as vice president of operations, Sears Auto Centers, in October 2010,” says Kneller. “The reason I joined Sears was to build back the service business. They had pretty much walked away from it because of all the restrictions” imposed after the 1992 crisis.  “They’d (also) gone from selling 20 million units a year down to six million and margins were dropping. So we built back some of the service business. We had 740 stores and were doing $1.3 billion — so about $1.8 million per store. It’s not a bad average.”

Kneller says the plan was to sell the business. “But in my opinion, the cash flow was just too good. We were the second highest gross margin — after fine jewelry — in the business. We were EBITDA positive.” Eddie Lampert took over as Sears CEO in 2013. By July 2016, he held nearly 30% of Sears Holdings Corp. “The way Eddie had set it up was basically every business unit was its own business,” says Kneller. “We had our own board meetings with people coming in from other business units.  “All these PowerPoint decks and plans you’d put together and they just went, ‘OK.’ You’d know nothing was going to be done.

“One of the problems Sears had with ‘the softer side of Sears’ is they could never get products in the stores to sell them.” Sears had “pulled everything into corporate,” says Kneller. Before, he explains, the company had regional vice presidents.  “I’ve worked all over the U.S. and it’s a bunch of different places with different cultures. So part of it was just (the mentality that), ‘Hey, we’re Sears and we’re huge. We’re smarter than everybody.’”

Kneller says lack of investment in Sears Auto Centers locations also was obvious to anyone who visited one. “I got out of college in 1980 and I needed a job, so I went down to this Sears Auto in Middletown, N.J., and they snapped me up. Thirty years later, I’m now running all the stores. So I went back to that same store in Middletown and it hadn’t changed.

“That was part of the problem. They just kept cutting in automotive because let’s face it — in the full-line (model), you go pick out something and you just pay for it, right? I couldn’t get anybody to understand that in automotive, you don’t go in and pull tires off the wall and pay for them. It’s consultative.” On personnel, Kneller discovered that “until we came in, the store managers for the auto centers all reported to the full store manager. “On Friday, you were a customer service advisor and on Monday, you were an auto center manager. We were just turning over store managers.”

Regarding customer service, Kneller says, “It used to drive me nuts when I’d go into (a) Sears store and see a guest waiting. I’d ask, ‘Where’s their vehicle?’ Nobody ever knew where the vehicle was. “You’ve got to have people actually selling and at Sears, nobody was asking for the order. It was a retail culture of ‘Put the product on the shelves and let customers decide if they want it.’ We had all these service bays. But especially on a Tuesday, Wednesday or Thursday, I could throw a bowling ball and not hit anything.

“By the time I left in 2014, we were down to 600 stores because as they shut down the full-line stores, whether we were profitable or not, we got shut down, too.  “We fought and tried to keep some of them open. The first store closing I had to get involved with, I said, ‘What are we telling the customers? We don’t put a message on the door that says here’s your nearest location or send them an email?’ Nope.

“I said, ‘Well, here’s the real problem. We gave people these warranties. They need to be able to figure out where to go.’ It’s all about taking care of the next guest. You’re only as good as the next guest you take care of.”

This article was previously posted on Modern Tire Dealer.