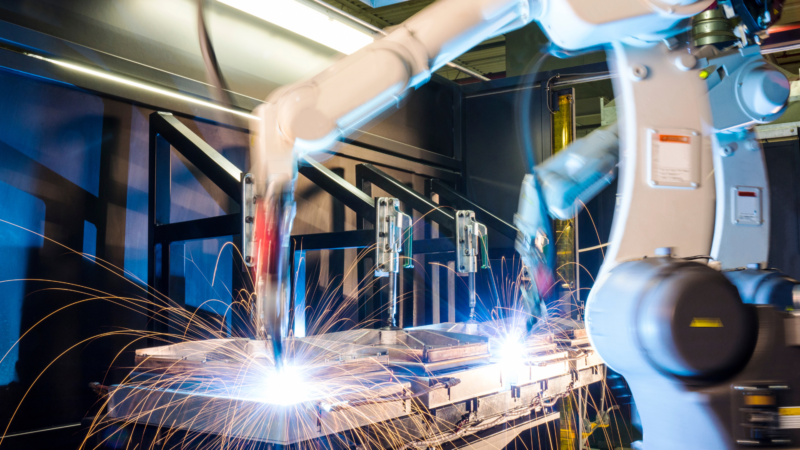 As if skilled labor shortages weren’t enough, supply chain disruption has reared its head as one of the biggest challenges facing precision manufacturers.  For many firms the easiest way to deal with these challenges is to simply not to deal with them, meaning sell your company now to a competitor or a private equity firm and let them figure it out. Recent consolidation moves in the metal service center industry have been driven in significant part by supply chain pressures. For everyone else, though, there are practical and affordable solutions you can implement today that will make your company more efficient, profitable, valuable, and sustainable for the long term.

In the last five years, reducing supply chain risk has evolved from an academic Boardroom discussion to a bonafide mandate for companies of all sizes.   Issues ranging from geopolitics to the pandemic have radically accelerated the need to rethink how companies structure their supply chains.  And while the issues facing various industries differ in magnitude, they are acute for precision manufacturers in the US.  The good news is that there are practical and affordable solutions you can implement today that will make your company more efficient, more profitable, more valuable, and more sustainable.

For some real-world advice on the subject we spoke to our colleague Courtney J. Ryan, one of the foremost experts in the U.S. on supply chains and resourcing. Before becoming a FOCUS Senior Advisor, Ryan spent 27 years at Jabil Inc., a $30 billion global leader in global outsourcing.  Most recently he served as Jabil’s executive vice president of enterprise strategy and corporate development and before that as senior vice president of global supply chain. He is now a founding partner at Steadfast Partners, an industrial technology advisory group created by four seasoned C-suite executives to help private equity firms accelerate and maximize value creation in their portfolio companies.

We asked Ryan what advice he would give the CEO of a $20 million precision manufacturer or a private-equity consolidator investing in the industry.

According to Ryan, it starts with technology, and companies that expect to be around in a few years must be prepared to invest in it. “Technology is changing faster in this industry than it has in the past several decades,” he says, but not every company is keeping up. “Some of the manufacturing floors I walk through today probably look the same as they did 50 years ago, but when you walk through the more progressive companies they look a lot different. And they look different in several ways.”

These companies “embrace digitization and standardization in their manufacturing strategy. You've got to be able to string plants together using the same basic digital thread, the way you exchange information between plants, how the information gets to machines on the floor, and how you measure key indicators like cycle time, productivity, and quality. It starts with communicating in a common language, which means that each step in your supply chain and in your manufacturing footprint needs to operate using the same principles and the same metrics. You've got to have that standardization or you are going to have massive inefficiencies.”

Additive manufacturing also has a place in this technology overhaul. “You are starting to see additive technologies enter the conversation much more than they did even 10 years ago,” Ryan says. “It’s still not the mainstream way of doing business, but if you don't have that capability you are going to be left out of certain conversations.”

Business owners also need to make their plants more automated, and that task is made easier by the fact that automation tools have become more affordable than they were several years ago.

“The cost of automation has come down to the point where it is affordable enough to make sense,” Ryan says. “I'm not necessarily talking about robots that you see on manufacturing floors now, and you might not be able to afford automating your entire factory. But you can automate mundane tasks, like materials handling and in the warehouse.”

Automation serves two purposes, Ryan says. “It's at least as reliable as a human and over the long haul cheaper than paying three shifts of people. Secondly, it helps your factory from a safety point of view because all these robots have sensors on them to avoid accidents. I think that's a big deal.”

Regarding technology as a whole, Ryan says that “even if you are the owner of a $20 million factory, you better have place markers on each of these three elements—digitization, standardization, and automation—and at least be thinking about how you are going to be advancing on them. Because if you don't, you are going to be left behind.”

Of course, when one thinks of supply chains, the first thing that comes to mind is the actual length of those chains, specifically the distance between where the product is produced and where the point of need is. Over the past couple of decades, U.S. manufacturers have offshored some or even all of their production to companies in Asia, mainly China (think Apple and Nike, to name just two). Now, however, doing business with the Chinese isn’t nearly as attractive as it used to be. Relations between our two countries have soured in recent years, while the ongoing pandemic and its associated lockdowns have exposed our vulnerability to reliance on China.

Today, instead of offshoring, the buzz words are “in-shoring,” “near-shoring,” and “localization of production.”  One of the major costs in manufacturing is logistics, so shortening supply lines makes good financial sense, on top of other considerations. There are major advantages to proximity.

But that doesn’t mean all production needs to return to the U.S., nor can it. No one knows better than the machine shop owner how hard it is to find competent—and young—precision machine operators and hardware engineers here in the U.S. Rather, the key word should be “regionalization,” and that includes Mexico and the rest of the Americas.

“There has never been any question in my mind that the world is evolving into this ‘in-region, for-region’ production model as it relates to manufacturing,” Ryan says. “That's the model that makes the most sense in the long run as landed costs around the world start to balance out. So the question isn’t whether that's the direction we're headed, it’s how fast will we get there?”

“When you think about how large the supply chain is and how many technical resources you need and have access to and how much skilled labor exists in this country, you very quickly get to the point where you realize either you have to invest super heavily in those things here or recognize that our regional partners like Mexico need to play a more meaningful role in this,” he says. “Our supply chains will need to extend deep into Central America, perhaps South America as well.”

Don't Be Afraid of the Dark

That may be a big mental hurdle for some small shop owners to overcome, Ryan said, but they must if they hope to improve their supply chains and remain competitive.

“We often see founder-owners who have only operated in the U.S. and have a stereotypical aversion to doing anything outside the U.S.,” he says. “We see a huge risk aversion to even considering a low-cost country. I'm talking specifically about Mexico. But if you want to be progressive you should be thinking about whether there are pieces of your business that could be more efficiently and effectively serviced in a low-cost region. I point to Mexico as our low-cost partner because the logistics are easiest. Despite what you read in the news there are some very safe places to do business, and there are some very good partners you can find. I would also consider intellectual property theft less of an issue in Mexico than in Asia.”

Ryan’s message is simple: “Don't be afraid of the dark. Explore your options. You don't have to move your operation lock, stock and barrel to another country, but consider that pieces of your operation may be more effectively and efficiently serviced in a neighboring country like Mexico. If automakers and health care providers can be successful in our neighbor, so can you, and there's no reason why you shouldn't try to take advantage of some of that.” Costa Rica, Honduras, Puerto Rico, and the Dominican Republic are also viable options, he says, but “Mexico is right on our border and has the richest labor pool. There is no question that Mexico will be a legitimate winner in all of this.”

For Ryan, regionalizing your supply chains outside the U.S. makes your business stronger here at home.  “One of the reasons you have to think about reshoring and regionalization is it makes you as an American producer more powerful and more competitive on a consistent basis,” Ryan concludes. “That may be a way you can future-proof the competitiveness of your U.S. footprint as well.”