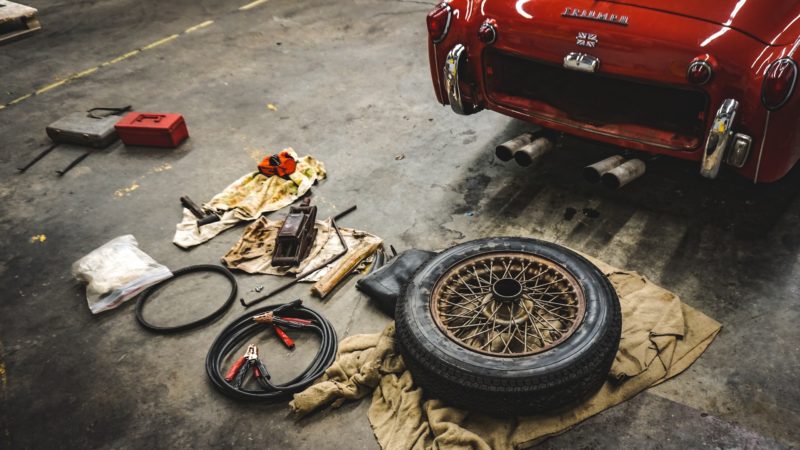 If you’re one of the thousands of family-owned wholesale tire distributorships in the U.S., I probably don’t have to tell you it’s a competitive, low-margin business. Since most relationships between distributors and retailers don’t include long-term contracts, new players constantly enter the market and the only real differentiator is price; most wholesalers offer a similar lineup of tires. It appears to me that some wholesalers are using their business to pay for the real estate that they own (the warehouses); their margins are thin and profits even thinner. I can’t imagine another reason to stay in the business other than loving the industry.  The rising price of gasoline is likely to translate into fewer consumer miles driven and less wear-and-tear on tires, which may mean lower sales volume and even slimmer profits going forward as competitors fight for more business.

To me, this changing landscape demands a need to reinvent yourself if you want to remain competitive and increase the value of your business. You can certainly exit now, but that might mean you’ll only receive the net asset value of your distributorship versus a multiple of your EBITDA. But you’ll need to offer more than your competitors to deserve a premium on your business.

According to an IBISWorld industry report on tire wholesaling in the U.S. published last November, industry revenue currently totals about $48 billion, which it projects to grow at an annualized rate of 3.6% over the next five years, to $57.7 billion by 2026. However, profits, as measured as earnings before interest and taxes, are expected to decline to 2.8% of revenue from 3.0% last year, largely due to rising raw material prices, mainly rubber. However, when IBISWorld made that projection, the price of crude oil was less than $80 a barrel; it’s since spiked to well over $100. So, the tire business stands to be squeezed at both ends, by higher production costs and weaker sales.

But the biggest driver of slimmer profits is the number of competitors. According to the report, “concentration in this industry is low” with a “high level of fragmentation,” mainly due to “low barriers to entry” that has “encouraged competition, limiting the ability of industry leaders to gain further market share,” the report says. Currently, IBISWorld counts nearly 3,400 businesses in the industry, with independent tire dealers accounting for two-thirds of industry revenue, with a “large number of non-employers and small enterprises with less than five employees.” The research firm counts only one major player in the industry, American Tire Distributors Inc., which has a market share of less than 10%.

“New market entrants are able to compete with established wholesalers that seek to increase margins by raising prices,” the report says. “Moreover, wholesalers often operate with short-term contracts, renewed based upon performance. This trend further emphasizes price competition in the industry.”

Looking ahead, “competition is expected to grow externally from tire manufacturers and internally from new or innovating wholesalers, which will likely put downward pressure on industry profit. Strong price competition and increased spending on network expansion or integration will likely both contribute to stagnant profit during the outlook period,” IBISWorld concludes.

If you own a small tire distributor, what’s your best way to deal with this situation? For my money, I think the market is headed toward vertical integration, that is, controlling as much of the supply chain as possible. That could mean creating your own retail network, either de novo or through acquisition, although the latter avenue is the fastest way to get there.

As we have seen in a variety of industries since the outbreak of the Covid pandemic, which exposed many of the weaknesses in the supply chain, controlling your own destiny through vertical integration has many advantages.

Creating a retail channel by purchasing tire and service centers, for example, enables you to control your own distribution system—you “sell to yourself,” essentially, in addition to the wider market. That should automatically increase your revenue and profits.

How? In retail, unlike wholesale, you make a profit not only on the sale of the tire, but also from installation and service. Your combined gross margin could be in the low to mid 30% range. If you can incorporate automotive service into your operation, that could boost your gross margins to 50% or more.

Furthermore, by controlling the retail channel, you can concentrate on the most profitable products as well as improve your purchasing power with suppliers and ensure that you are maximizing manufacturer’s programs. You can also develop your own proprietary brands, which tend to be more profitable and more insulated against price competition.

Conversely, retailers might consider entering the wholesale space. Since private equity has bought many of the retail chains, many of them are looking for additional growth and profit avenues and have the capital to finance it.  What could be better than acquiring a wholesale channel and immediately having 300+ customers? I expect to see continued disruption in the tire industry.