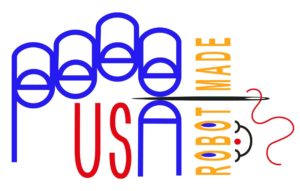 Recently my colleague Marco Chan shared an extraordinary story that puts a new slant on the public discussion about robotics, China, outsourcing and the future of jobs.  According to this Bloomberg Business Week story,  a Chinese manufacturer, Tianyuan Garments Co., is investing $20 million to open a plant in Little Rock that will utilize robots developed by a Georgia company, Software Automation, to manufacture T-Shirts at a cost of 33 cents per shirt.  Each SEWBOT™ workline is capable of spitting out a T-Shirt every 26 seconds.  Human workers don’t stand a chance against such competition, no matter how low a wage rate they are willing to accept.

We’re in a period of profound change as digital technologies promise to transform virtually every industry globally.  In manufacturing this rapidly accelerating transformation will impact employers and employees alike.  PWC recently estimated that 38% of U.S. jobs could be taken by robots by 2030.  Futurists like Martin Ford and even well-known industrialists like Elon Musk have begun to argue that we need to consider adoption of a Universal Basic Income to address a world in which machines and artificial intelligence have replaced human beings in a large part of the economy.

For those that fear the consequences of automation, the connection has been broken between technological advance and the creation of new higher skilled jobs categories to replace the old lower skilled jobs.  I have more confidence that a dynamic economy will continue to provide opportunities for our citizens, creating currently unimaginable job categories for those willing and able to adapt.  Lifetime learning has become a survival skill in our society, opening up new business opportunities in education and training and likely creating hundreds of thousands of jobs in the process.

At the FOCUS Investment Banking Advanced Manufacturing & Automation Team we spend our time addressing the impact of automation on businesses worldwide.  We help both those companies that create the technologies powering change and those whose industries are being transformed by new tools like those created by the bright engineers at Software Automation.  Workforce issues are paramount for these firms.  While labor cost is undoubtedly a factor, our conversations with multiple business owners have led us to conclude that other factors may be as or more important.

The machining industry provides a prime example.  Milling machines remove metal from rods or bars of steel, aluminum and a variety of other increasingly exotic and expensive materials and alloys.  The customers demand near perfection at tolerances down to a few ten thousandths of an inch and increasingly even in the micron scale.  This level of precision cannot be accomplished by even the highest skilled machinist; only with the use of robotic tools, sometimes referred to as CNC in the industry, can the parts be built to support such critical technologies as aerospace and defense, medical devices and our wireless communications infrastructure.

Increasingly we will find that an ever-wider range of industries will require the tools of automation – robots, optical sensing, AI and motion control to name a few – to meet the exacting quality and performance required by their customers and to meet the demanding delivery schedules required by product life cycles increasingly measured in months, not years.  Equally important for the machining industry, even where humans can do the work, skilled workers are not to be found.  Despite wages well above national and regional averages, there are serious shortages of skilled machinists and even less skilled jobs like machine loaders are hard to fill.  The average welder in the U. S. is in his or her late fifties and more skilled welders are retiring than new welders are joining the workforce.  Owners have increasingly turned to robots, not to replace workers, but to fill jobs for which there are not enough qualified applicants.

For more on the topic of automation and jobs, download our recent interview on the subject at Global Economic Intersection.

In future posts, we’ll talk more about how automation is primed to impact specific industries.  Catch our full interview with Palaniswamy “Raj” Rajan, and CEO of Softwear Automation in our next post.