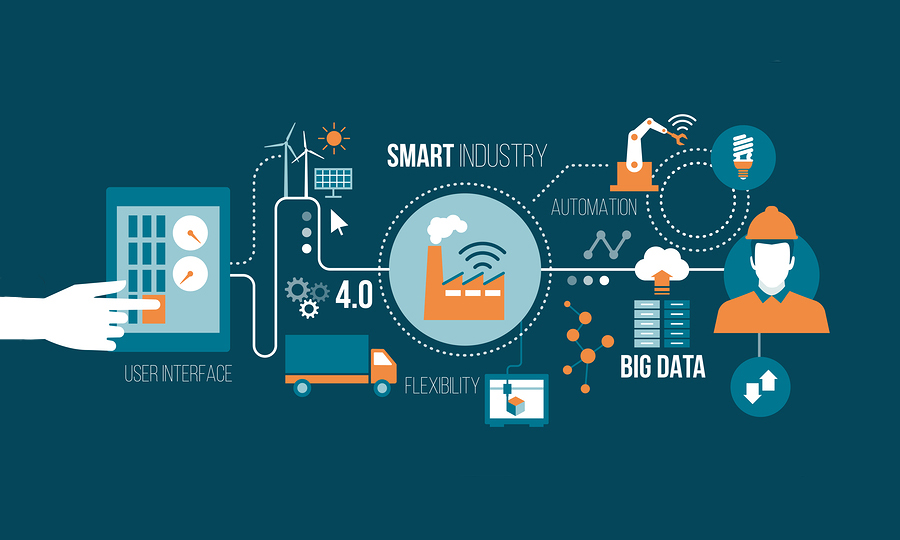 Fear stalks the land. The robot apocalypse is nigh, destined to steal our jobs and our future. Worse yet, the machines are made elsewhere and the Western economies are being left behind in the race for manufacturing prowess.

We have heard this story before. In the late 1980s, the U.S. computer memory industry had been decimated by Japanese and Korean competition. To the ‘Cassandras,’ this meant that the U.S. had forever lost the global economic race and was destined to become a second-rate power.

Nothing could have been further from the truth. The prerequisites for U.S. global dominance of the digital world were already in place. Within a few years, U.S. prowess in personal computers, microprocessors and digital networking would lead to a capital investment boom and a stock market bubble not experienced since the 1920s. Stock market fluctuations notwithstanding, the global growth of the internet has not abated since.

For all its impact, the internet has touched only a relatively small portion of human existence, focused primarily on media, entertainment, telecom and more recently, retail and finance. The larger world in which we live, the world of things and physical interactions has, until now, been only lightly touched. But that is going to change, and change in a considerable way. And this time the opportunity is truly global.

No one country or region dominates all aspects of this coming digital transformation to the extent Silicon Valley has dominated the internet. Germany has long held the title of world leader in manufacturing automation, Japan has innovated in robotics and U.S. prowess in digital intelligence promises that it will continue to lead in fields like artificial intelligence (AI) and autonomous vehicles.

But China is spending billions developing and acquiring the most advanced technologies and is committed to catching up quickly. This promises to be the first simultaneous global technology revolution. Notwithstanding the recent political vogue for nationalism, collaboration will rule the roost in this new digital age and without doubt cross-border deals and financings will soon follow.

The world of digital automation is at the same stage as the internet in 1993, when the Mosaic browser was introduced and we first discovered the wonders of the ‘world wide web.’ The technologies are in place for a boom that will transform the global economy and, in the process, create new opportunities for better jobs and better lives.

Today Amazon utilizes highly advanced predictive analytics and automation tools that plan and track the flow of merchandise from product sourcing, to the logistics of fulfillment and shipment, to the reorder and stocking of replacement items.

In Amazon’s warehouses, robots stock the shelves, pick the orders and load the trucks. Even the human workers are guided by systems that plan their routes, tell them where to go, and dictate what products to pick and the order in which to pick them.

Increasingly these advances have very real consequences for the financial markets. Brick and mortar retailing is under siege in the U.S., with thousands of stores and scores, if not hundreds, of retail malls destined to shut their doors.

For retailers, it is do or die, even for industry leaders like Macy’s and Sears. They will either learn to adapt to the new digital reality or they will follow others that failed to do so – think Kodak and Blockbuster.

Now look ahead to a time when every step in the global production and distribution cycle is similarly digitized. Software systems will monitor retail demand through information networks directly linking retailers to their sources of supply on a real-time basis.

Digital purchasing agents will assure that the supply chain responds to changing demand, arranging just in time delivery of components and raw materials, often without the intervention of human actors.

Production scheduling will be done by robotic agents utilizing sophisticated AI systems that assure the most efficient use of available resources, including increasingly automated production lines operated by robots and other digitally controlled systems instead of human workers. Companies that fail to keep up will not survive.

The technologies that will make this possible already exist. While industrial robots currently get a great deal of press attention because of the fear they engender, robots are old tech. The first industrial robot was deployed in 1961 and robots have been common in the auto industry for decades. Like the internet before it, the automation boom is gaining steam as costs come down and the technologies become more approachable for the average business.

Like the internet before it, the automation boom is gaining steam as costs come down and the technologies become more approachable for the average business. Here are just a few of the rapidly advancing technologies that have primed the coming explosion in automation:

The stage is set and interest is building. The world of automation is ripe for a spark to catch the imagination of the financial community, like the 1995 Netscape IPO which marked the start of the dotcom boom. Soon we will see a major capital investment boom that will transform the economy in ways we cannot yet foresee.

Much attention is being given to flashy digital technologies that will certainly impact the future, such as self-driving cars. However, more practical applications of digital intelligence are well under way and the technical support industry that enables them is gaining steam.

While more robotized manufacturing facilities will be built, such as Tesla’s fully robotic GigaFactory, much of the early action is in retrofitting existing industry with digital sensors, AI and automated control systems (industrial IoT and industry 4.0) to make existing production more efficient.

While much existing hardware is significantly depreciated and perceived as economically obsolete, the advent of robotic process automation and wireless sensor device retrofits, designed to work with and supplement existing user interfaces, promises to extend the useful life of the tried and true systems and processes.

With the addition of robots for routine and repetitive work, or to achieve precision and speed in areas like quality control that far exceed human capabilities, manufacturers can extend the useful life of existing plants, and in the process, save, not destroy, jobs.

While we are not yet at a dotcom level of investment, the factory automation sector is booming. Deployments of industrial robots languished during the 2000s at a little over 100,000 units per year, but began to explode in 2011. The International Federation of Robotics expects deployments to hit 400,000 units annually by 2018. The M&A market is beginning to take notice.

In April ABB acquired B&R Automation, the largest integrator of factory automation solutions with revenues of $600m. The other blue-chip manufacturing and hardware bellwethers are not standing still, as evident in recent mega-cap M&A deals such as Siemens’ $4bn acquisition of Mentor Graphics for integration into its digital factory division, Cisco’s announced $125m deal with AI company, Mindmeld, and Ford’s announced $1bn investment in Argo AI in February 2017. Overall, the acceleration of corporate participation in industrial IoT deal share (from 17 percent in 2012 to 31 percent in 2016, according to CB Insights) has been dramatic.

In the meantime, entrepreneurs are not waiting. In April 2017, tens of thousands of business owners, engineers, plant managers, consultants, and prospective entrepreneurs converged on McCormick Place in Chicago to attend Automate 2017 and two related shows highlighting supply chain and food processing automation. More than 1,700 exhibitors presented their wares. They sensed a gold rush coming and wanted to be part of it.

While it would be foolish to predict a repeat of the 1990s stock market bubble, it seems clear that the coming decade will see explosive growth in many of the products and services needed to support the automation of a wide range of endeavors, creating vast new wealth for successful innovators.

At the same time, it is reasonable to assume that many companies and even whole industries will be left in the dust by the introduction of these transformative technologies, just as the record companies were upended by the introduction of digital downloads and music streaming. It is going to be a wild ride that will leave few aspects of human activity untouched.