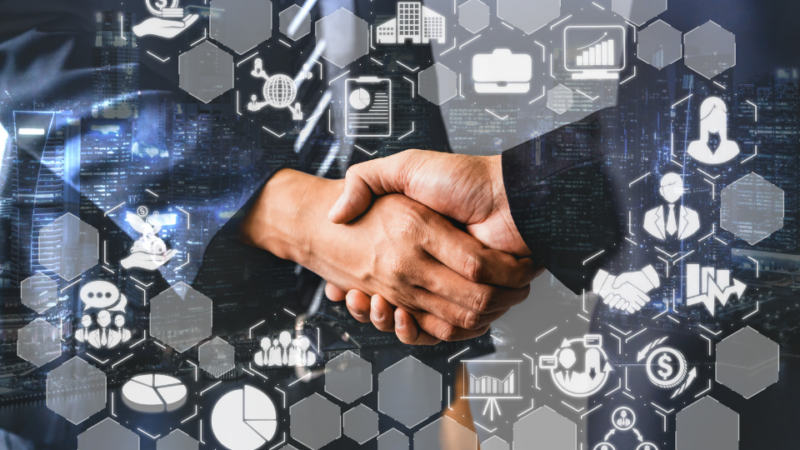 It’s been a tough year so far for M&A—at least compared to last year’s record and probably unrepeatable volume—but one sector has managed to buck the downtrend. While total deal volume has suffered due to the sharp rise in interest rates engineered by the Federal Reserve, which has reduced valuations and investor appetite for deals, the business products and services sector has managed to outperform the rest of the market, according to a pair of recent reports from Pitchbook covering the first three quarters of 2022.

“The business products & services sector rotated back into favor in Q3,” Pitchbook’s Global M&A report for the third quarter said. “Compared to the prior year, deal count surged in Q3 with a total of 2,399 transactions. Large strategic buyers have been leading the charge, completing 17 deals in the quarter at a value of $1 billion or more. PE (private equity) has also been active, accounting for 40.5% of all deals in the sector.”

The report notes that the business products & services sector “comprises a broad mix of primarily non-tech businesses, spanning everything from manufacturing to professional services to transportation. What attracts corporate and PE buyers alike is its high proportion of boot-strapped and founder-owned businesses.”

There were more than 7,600 acquisitions of private boot-strapped business products & services companies in the first three quarters of this year, “twice as many as any other sector,” the report said. “This comes at a time when both strategics and sponsors are postponing exits in hopes of a recovery in values, so having this source of sellers is important to maintaining deal flow.”

By contrast, total global M&A activity fell nearly 30% in the third quarter compared to the peak reached in last year’s fourth quarter, its third quarterly decline in a row. However, Pitchbook noted that deal volume “is on track to surpass the pace of deals set prior to the COVID-19 pandemic. Deal count is a similar story; 10,120 global M&A deals are estimated for Q3, which is nearly a third higher than the quarterly average for 2015 to 2019.”

Reliance on human services is key

A separate Pitchbook report, “US PE Breakdown Q3 2022,” told a similar story, noting that the business products & services sector “had the greatest relative strength in an otherwise weak quarter for exit activity. Ninety-two exits were completed in Q3, for $25.8 billion in total value, a slight uptick from Q2’s $23.7 billion, which translated to a whopping 42.9% of total exit value across all sectors.”

Overall, Pitchbook remains optimistic about the state of the M&A market going forward.

“Despite increasing fears of a recession and multiple headwinds in the macroeconomic environment, fundamentals still exist for healthy M&A activity,” the Global M&A report for Q3 said. “PE investors are still well-equipped with $1.2 trillion in dry powder to execute deals, and large businesses with strong cash flows and balance sheets have not shied away from strategic acquisitions. While deals can slow down further as investors become conservative in the current market downturn, M&A activity remains strong and comparable to historic levels, which is especially notable during this time of intense volatility.”

The middle market for M&A looks even better

For our perspective as investment bankers focused on the lower and middle market, the current environment remains favorable for M&A in business services as 2022 draws to a close. While it’s true that valuations have come down as interest rates have risen, that may make it more attractive for dealmakers, allowing them to get more for their money.  In fact, PwC did an analysis recently which shows buyers had better returns during the downturn, especially in the lower and middle markets. That should keep them eager to do more deals and keep putting their dry powder to work.

It's also important to note that the decline in deal volume has largely been centered on the high end of the market. Megadeals ($5 billion or more) are declining at a much greater rate than among small- and medium-sized deals. This is because executives are growing more cautious in this current economic environment and because regulatory scrutiny has increased in several markets.

As regards the business services sector, the shortage of skilled workers due to the “great resignation” puts a premium on those companies who have experienced and capable employees. Pitchbook noted that the sector “encompasses everything from manufacturing to professional services, such as accounting and consulting firms, to transportation and infrastructure. The common denominator is that they all rely heavily on human services, and they cater to business customers. Business products & services offer ways to improve efficiency, given its high labor intensity. More recently, the sector’s large workforce has become an attractive quality for investors seeking exposure to human capital as a competitive advantage amid the growing worker shortfall.”

If you’re considering the sale of your business or looking to acquire one, we are always available to speak with you.