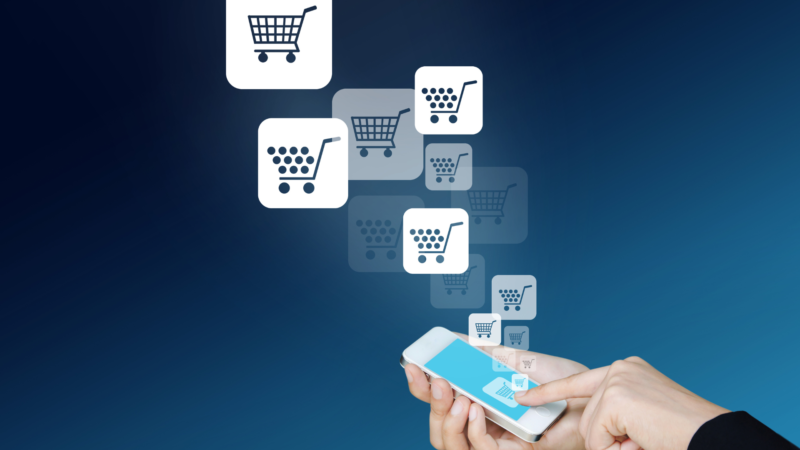 There’s been a lot of turmoil going in the e-commerce space. Consumers are moving more of their spending back to physical stores, while online retailers are being particularly hard hit by supply chain delays and rising costs. Retail sales have dropped at mighty Amazon, which reported its first quarterly loss in seven years in the first quarter, and some aggregators of small e-commerce FBA companies that sell on Amazon have scaled back their acquisitions. Thrasio, the biggest aggregator, announced layoffs and replaced its CEO. The headlines look pretty grim.

But let’s not lose sight of the big picture. This looks to us more like a dip in the road, not the end of it. E-commerce still has a long and bright future, we believe. But that doesn’t mean you won’t have to work for it.

Indeed, Sebastien Stanley-Jones, director of global business development at Accel Club, says “maintaining stable performance on Amazon should remain your top priority” if you’re looking to sell to an aggregator, he wrote recently on SellerLogic. Before joining Accel, an Amazon FBA aggregator based in Amsterdam, he was director of business development at Moonshot Brands, which recently announced $180 million in new funding to acquire assets from other e-commerce aggregators as well as other FBA brands.

“Amazon is still the most favored sale channel among aggregators and they will take into consideration the percentage of sale contribution from Amazon,” he wrote. “This does not mean you shouldn’t create your Shopify website or explore more channels,” including your “own websites or through other third-party seller platforms, [which] are great additional sales channels.”

Making your FBA stand out from the crowd

So how can you make your company attractive to an FBA aggregator? Besides remaining focused on Amazon—where 60% of sales come from third-party retailers—Stanley-Jones provides several other tips for selling to an aggregator.

“Registering trademarks and IP (intellectual property) can be a tedious process and costly at times, and many business owners tend to procrastinate or deprioritize this task given that there are typically more pressing matters to attend to,” he writes. But, “most Amazon brand buyers prefer private label companies, and trademark registry is critical to their decision to acquire.”

The reason? “Properly registering the trademark prevents competitors from selling products under your brand or even registering your brand under their name to take a cut of your sales. Furthermore, it is important that you obtain IP rights not only in the markets you are selling your products but also in the country of manufacture.”

Stay in good stead with Amazon

Another important consideration is staying on Amazon’s good side—and be able to document it.

Not only does “maintaining a healthy Amazon account ensure your business viability,” Stanley-Jones says, but “it’s very important to be transparent about account health from the start of negotiations because issues with account health may become a deal breaker even for the most profitable and growing business.”

“No Amazon FBA buyer wants to buy a brand only to have the account suspended, and thus putting the entire asset at risk,” he said. If you’ve had any problems in the past, they “should be disclosed from the outset as these factors might increase the risk of account suspension.”

Focus on profit and growth

Needless to say, it still all comes down to dollars and cents. Companies with the strongest growth and the fattest profits will likely fetch the richest price tag, with your bottom line being the biggest factor in your valuation.

“It really boils down to the performance of the products in sales and profits, and market share on Amazon,” Stanley-Jones says. “Focus on driving performance of select SKUs with growth potential. While having a large sales volume is impressive, it is equally important to ensure a healthy profit margin,” meaning a ratio of 15% sales to EBITDA. “Focus on steady growth and avoid artificially pumping up your sales numbers with heavy marketing spend.”

Keep it simple, and automate

The best way to improve profitability can be summed up in two words—Simplify and Automate.

“The simpler the business behind the profits, the more enticing it is to buyers,” Stanley-Jones concludes. In addition, “automation of key business processes (e.g., procurements, inventory management, customer service) will help to boost profitability and increase transparency, which are both appreciated by the buyers.”

Businesses that function along these lines “can be evaluated more accurately as aggregators can better determine the value of the business and the amount of resources needed to further grow the business after the acquisition.”

While some aggregators have pulled back recently, it’s important to remember that e-commerce aggregators have attracted a lot of capital just in the past two years, more than $12 billion through last November, according to Hahnbeck, a U.K.-based investment bank focused on e-commerce. Some of the biggerst names in international finance are funding the aggregators: BlackRock, Goldman Sachs, JP Morgan Chase, Barclays, UBS and Bain Capital, to name just a few. But they’re not alone.

“In aggregate, there have been over 200 investors including private equity firms, venture capital funds, debt providers, incubators, family offices, and high net worth individuals which have committed funds to Amazon aggregators,” Hahnbeck says. “Thanks to the huge influx of capital from investors, aggregators have more cash than ever to deploy on successful brands.”

Our advice: Ignore the headlines and concentrate on making your e-commerce business as attractive as possible to a potential buyer. That not only increases your current profits but also the potential valuation of your company when it comes time to sell.

When you reach that point in your business, contact us for a free, no obligation discussion on how we can help you realize the most money for your company. FOCUS’s e-commerce team includes strategic advisors who are former e-commerce CEOs with experience scaling and exiting businesses. We leverage this experience to help you best articulate your value proposition to the marketplace and achieve a successful exit.