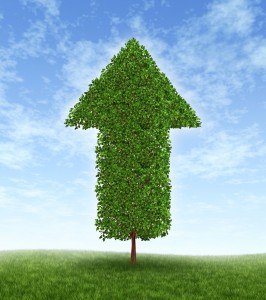 A whirlwind of wheeling and dealing continues to drive mergers and acquisitions through the third quarter. According to Thomson Reuters, this is the best year for M&A since before the financial crisis. Global M&A activity has risen 38% year-over-year to $2.18 trillion through the first half of 2015.

InvestorPlace reports that “The third quarter was awash in big deals…A great chunk of that deal activity came from U.S. companies, as mergers and acquisitions rose 60% to $987.7 billion. For banking and legal advisers, business hasn’t been this brisk in the first half of a year since 1980…make no mistake — the market loves M&A. A flurry of deal activity signals that companies have confidence in the economy and stock market.”

It might be expected that falling commodity and energy prices, the prospect of potentially higher interest rates, jitters about the economic slowdown in China, and Europe’s refugee crisis would all contribute to dampening dealmakers’ appetite for M&A.

“Yet the dealmaking frenzy has not abated,” reported Reuters in late September. “The key trends that have been driving M&A--global scale, synergies, low financing costs, strong balance sheets--continue to be there, and will continue to drive M&A activity into 2016… Dealmaking has remained brisk across all sectors of the economy. M&A activity in the energy sector has accounted for 15 percent of overall dealmaking, followed by healthcare with 14 percent and technology with 10 percent.”

However, to some financial professionals, current dealmaking levels are unsustainable—and the sign of a weak economy. According to an October article in The New York Times, “If history is any guide, there is likely a year of more dealmaking, and with interest rates likely to remain low, it is possible it could go on even longer.”

The article goes on to report, “If you were to lay the performance of the S&P 500 over a chart of deal volume over the last 30 years, you’d see that deal-making is a lagging, not a forward-looking, indicator to the stock market…there is often a spike in deal-making in the year and a half before a major market correction.”

Can we expect a strong finish for 2015? Instability could threaten current robust M&A activity. However, worldwide, we’ve just witnessed the strongest nine months for deal-making since 2007, according to Deals Intelligence, and have every reason to expect that trend to continue through the end of the year.

And, as Bloomberg reports, M&A markets have just witnessed their busiest September on record, and companies are still hungry for deals and willing to pay large premiums for major M&A opportunities.

So, please join FOCUS in expecting a strong 2015 finish!