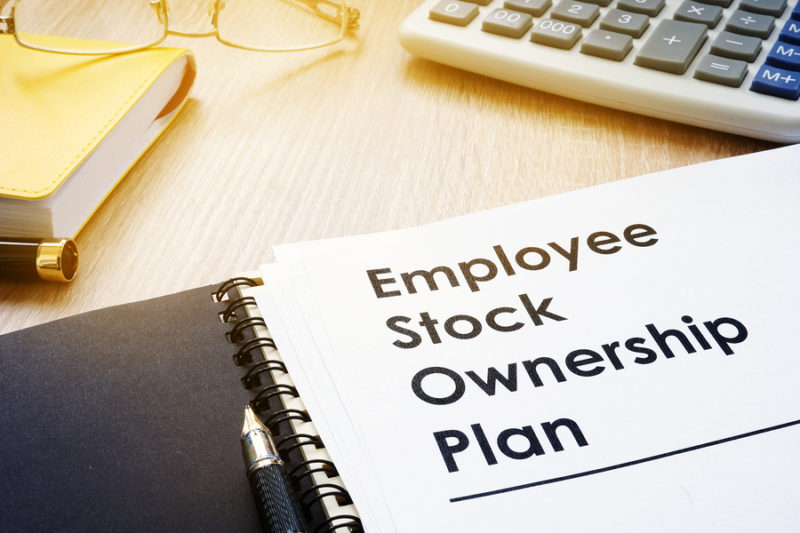 FOCUS adopted an ESOP, an employee stock ownership plan, form of corporate structure late last year. We decided to implement an ESOP as it afforded our partners an opportunity to redeem their capital accounts but kept our existing organization intact without any changes to our culture, organization, benefit plans or management team. In effect, the ESOP allowed us to maintain our business model and procedures exactly the same as prior to the transaction. In so doing, FOCUS joined nearly 7,000 other companies who have made the decision to establish an ESOP.

ESOP From an Adopter’s View

It is very likely that you have been approached by advisors over the years suggesting you consider selling your business to an ESOP, an employee stock ownership plan. Interestingly enough, FOCUS recently adopted an ESOP in December 2018 to execute our own long-term transition plans, and we thought our perspective on this ownership structure (as both an advisor and recent adoptee) might be helpful to you.

Over the past few years, FOCUS found itself considering ways to both help long term shareholders monetize their investment as well as provide for a stable transition to a broader set of owners.  During this process, FOCUS had been approached by various suitors, including private equity groups. A sale to either a strategic buyer or a private equity buyer has unique benefits, but a key priority for FOCUS was to preserve the culture and business model it had created over its 40-year history.

During its substantial history, FOCUS has experienced very little staff turnover. The firm has a collaborative, collegial, customer service driven culture which has served it well in the marketplace. Seeking to balance the goal of maintaining this culture with the objective of achieving a competitive exit price, the shareholders began exploring an ESOP as an alternative to a third-party sale. In doing so, it drew on its own experience in working with ESOPs through the years as well as seeking outside advice.

After extensive review, and after seeking the advice of legal counsel who specialized in advising ESOPs, FOCUS decided to adopt an ESOP. The shareholders were able to monetize a portion of their equity holding, thus diversifying their net worth, and yet the firm was able to preserve its culture, management team, compensation structure and other employee benefit plans. The adoption of the ESOP has been exceedingly well received by all non-equity FOCUS employees, and the firm believes the ESOP structure will be a great recruiting tool as well.

The first ESOP was established in 1956. Today, according to the National Center for Employee Ownership, a national advocacy group for ESOPs, there are approximately 7,000 ESOPs covering 14 million employees. ESOPs are frequently used to provide a liquidity event for the owners of profitable middle market companies but are also used to incentivize employees and maintain a specific corporate culture. An ESOP is a tax-qualified retirement plan for employees, and, as such, is subject to both Internal Revenue Service and Department of Labor rules and regulations.

In order to adopt an ESOP, the company must be financially solid. It must have the capacity to secure a reasonable amount of debt as the initial proceeds that the ESOP uses to fund the purchase of equity from the selling shareholders typically will be sourced from either a third-party lender or seller financing, or both. Third-party debt terms are negotiated with the lender while the trustee is heavily involved in the negotiation of the terms of any selling shareholder financing.

There are several tax advantages to individuals that sell their equity to an ESOP and to the company itself depending on the corporate structure before and after the transaction. In a wholly-owned ESOP company, the shareholder is a tax-free ESOP, effectively meaning that the corporation has avoided tax on its income. Considerable tax planning needs to be done before adopting an ESOP to ensure the transaction structure maximizes the tax benefits to all parties.

If you would like to discuss the possibility of exploring an ESOP, please contact either Jonathan or Bob for a confidential no cost consultation. There are many technical, tax, and cost factors to consider; however, the decision really centers on the shareholders’ interest in preserving the culture of the organization and the stability of its workforce, as well as monetizing their equity.

We can review your personal and corporate objectives as well as the structural and general tax implications of adopting an ESOP. If you decide to pursue adoption of an ESOP, FOCUS can assist in structuring the transaction, selecting counsel who specialize in ESOP transactions, selecting and negotiating with the trustee, obtaining the financing necessary to fund the transaction and closing the transaction.