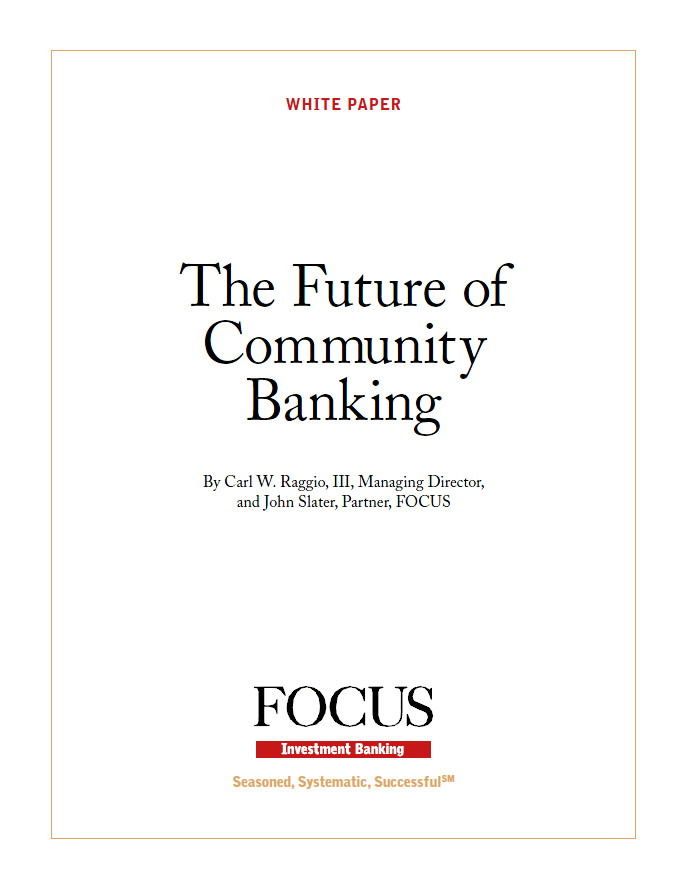 Recently, First Virginia Community Bank announced the acquisition of 1st Commonwealth Bank, a small de novo bank started in 2009. The transaction is pending regulatory approval and will be treated as stock-for-stock with value to book at about 97 percent.

Why is this typical of the future?

Over the next three to five years, this type of transaction is projected to become a common trend with a Wall Street analyst estimating that some 20 to 30 percent of banks will be merged during the period—for the following reasons:

Second, for all banks, access to capital is limited at best. Hence, there will be a “survival of the fittest” banking industry environment with each bank striving to be the dominant bank in its market(s),

Third, to be competitive and sufficiently profitable in order to maintain market position, community banks must achieve a minimum asset size of around $1 billion.

In order to better serve your needs and answer your questions, please complete the following survey. * Required fields.