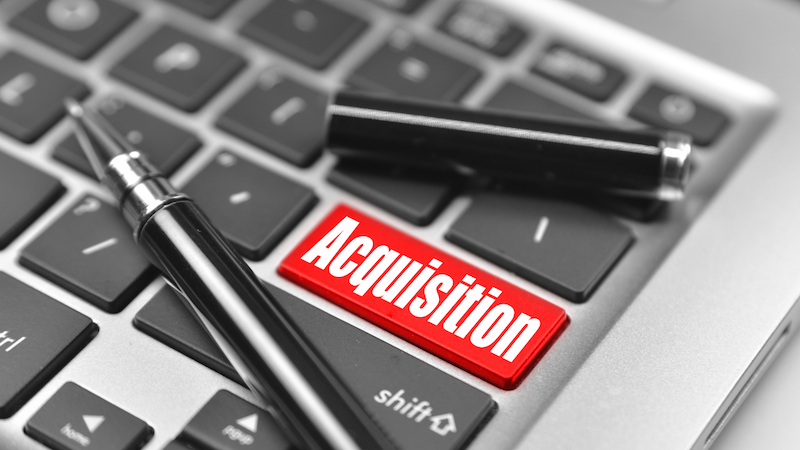 FOCUS Investment Banking has completed 47 transactions with technology and managed service providers (MSPs) over the past 2 ½ years, including four in May that each sold at record valuations. In contrast to the public stock market, where the tech-heavy NASDAQ is down about 30% since its November 2021 peak and the S&P 500 is down 20%, we are seeing no decrease in company valuations and an increase in the number of people wanting to have conversations with us about selling or buying an MSP. As an example, we have signed nondisclosure agreements from more than 30 prospective buyers for a deal we’re working on currently.

Is this a function of our momentum and our brilliance as investment bankers, or is it a function of MSP owners running for the exits at the top and getting out before the market turns? Or is there something else going on here?

Undoubtedly, there is some angst out there, as the Federal Reserve raises interest rates, which is intended to slow the economy and could impact corporate earnings. Yet at the same time, there has been a flood of large private equity groups that are still eager to buy MSP platforms. I have way more people with money looking to buy MSPs than I ever did before. Private equity still has a lot of capital and they want to deploy it into MSPs. In fact, the biggest problem is that there is a huge scarcity of attractive assets to buy.

So the question is: Is the private market for MSPs headed for the direction of the public stock market, or does it operate under its own steam and the party can continue? For answers, we spoke to two of our business partners well situated to measure the pulse of the market. Patrick Fear is Managing Director at Alliance Bernstein Private Credit Investors, which has provided the financing behind some of the largest and best MSP deals. We also spoke to Reed Van Gorden, Head of Origination and Managing Director at Deerpath Capital Management, a leading lender to smaller MSPs.

Both of them told me they’ve seen only minor changes in the private market for MSPs so far, and that they believe MSPs have very different characteristics that will help them avoid the same fate as publicly-traded technology companies.

“We continue to believe that IT MSPs are a defensive, needed service that will not have a huge recessionary impact,” Van Gorden told me. “I'm sure there will be some companies that will go out of business and some will face pressures, but these are mission-critical businesses. Companies have to either in-source or out-source their IT.”

“Companies that have [been] and are impacted by inflation or supply chain constraints may have issues. But in terms of companies that are in the services business, they may do well,” said Brian Garfield, a managing director at Lincoln Financial. “What I think is occurring is that businesses that are consumer facing are going to see the pressures probably hit, more so than ones that are not as consumer facing, like business services and software.”

Lincoln’s Private Market Index, which tracks changes in the enterprise value of U.S. privately held companies, primarily those owned by PE firms, rose 1.7% in the first quarter, “signaling that private markets continue to provide investors more stability during times of volatility,” the company said in a press release. “This stability was primarily a function of steady earnings growth rather than multiple performance.”

Van Gorden acknowledges there is a disconnect between what's going on in the public markets to tech companies and the private MSP market, but says there are some solid reasons for this.

“MSPs specifically have pretty good margins, they're pretty profitable and have pretty good cash flow,” he said. “So that protects them. I think some people are waiting for private valuations to decline to correspond to where the public markets are, but we just haven't seen it.”

Fear was also confident that MSPs would avoid anything similar to the crash in the shares of publicly-traded tech companies, although there may be some adjustments in the private market.

“When you roll it all out, the secular tailwinds and strong fundamentals for MSPs indicate this is a place where deals should be able to get done and that bid-ask prices should be reasonable,” Fear said. “So we would expect deals to continue, maybe not at the pace of 2021, but at a reasonable pace.”

“That being said, you may have some companies struggle a little bit more and face potentially lower demand and higher borrowing costs,” Fear said. As a result, some bankers may choose to “top grade,” that is, doing only A and B deals, meaning those involving the Best and the Better companies, those with the strongest fundamentals.

“Nobody admits that they rank order A, B, and C deals—meaning Good, Better and Best—but almost everyone we talk to on the equity and credit side say they are not doing the C, or Good, deals right now, they're focusing on the Better and the Best,” Fear said. “Those deals might not miss any beats, because there is a lot of capital out there. For the Better and the Best companies there is plenty of debt and equity capital at not too different a price than before.”

Both Fear and Van Gorden noted that interest rates on private MSP deals have risen since the beginning of the year but still remain extremely low, especially compared to rates in the wider corporate lending market. Rates on MSP deals are typically floating rate loans, which have risen to about 2% compared to 1% at the beginning of the year. By contrast, Van Gorden said, rates on broadly syndicated bank loans are in the 5.5% to 6% range.

“If people compare this to the more liquid, broadly syndicated loan markets, where loan spreads are wider, we may need to make some pricing adjustments to narrow that gap,” Fear said. “Are the risks to growth and the risk to execution a little higher than they were? The answer is probably yes, but it's not material to the overall equation yet. If it becomes more material, then overall leveragability is going to come down and that will filter through to valuations. But we are just not seeing that yet. What we also haven't really seen are people saying they have to reduce leverage because debt service is going up.”

Both men also noted that their firms are far from backing away from the MSP market.

“We have plenty of capital available, more than enough to finish out this year and get more money next year, even assuming we don't raise another dollar and we don't get any repayments,” Van Gorden said. “So we are in fine shape.”

“We are excited about being a player that hopefully can increase market share during times like this as other players pull back,” Fear said. “We will continue to have an appetite and be a steady ship on choppy waters.”

This article was previously published on ChannelE2E.