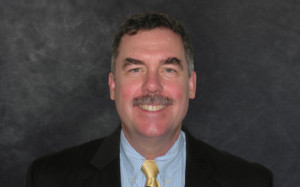 Previously, Mr. Miller was the interim-CEO at Alpha Media Group and the Executive Chairman of Freedom Group, which includes Remington, Marlin, Bushmaster, DPMS, Dakota and others. Here he led the roll-up of the largest commercial firearms and ammunition company in the world. He was responsible for leading the series of acquisitions that built the group and initiating the operational initiatives that capitalized on the potential synergies.

Prior to the Freedom Group, Mr. Miller worked with Cerberus Capital Management, primarily in telecom and other high-tech businesses, including serving as the COO of Velocita Wireless, which was previously a unit of Cingular Wireless providing wireless data services nationwide. Prior to working with Cerberus Capital, Paul was the COO of SkyOnline, Inc., a telecom provider in Latin America.

Mr. Miller spent almost 20 years with Lockheed Martin and its predecessor companies. Starting in design and system engineering of satellite systems, he has extensive experience in business development and program management, having been responsible for nearly $1B of business with the US government and then leading the corporation’s joint venture, with Intersputnik.

Mr. Miller received a B.S. in Electrical Engineering from the Pennsylvania State University and is currently a member of the board of directors of the Congressional Sportsmen’s Foundation.