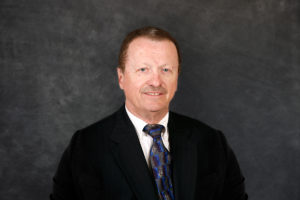 Les Mace, a FOCUS Senior Advisor, currently serves as a key strategic advisor to ESpace Labs, an electronic incubator in Bend, Oregon.  ESpace Labs specializes in prototyping and proof of concept for new products and processes, combining embedded systems and the Internet of Things (IoT).  IoT will spawn countless applications and expand automation solutions in almost every aspect of our daily lives, businesses, factories, and healthcare, all with dramatic, mostly positive impact on our economy.  However, IoT will require businesses to adapt and stay competitive with new operations paradigms using new connectivity models.  Because most organizations have no experience or skills in applying automation to their operations, ESpace Labs provides consulting services to meet these future requirements.

Before joining FOCUS, Mr. Mace served for 12 years as Vice-President of R&D with Novametrix Medical Systems, Inc. (later acquired by Respironics/Philips) at their Redmond, Washington facilities. There he managed a staff of multi-disciplined scientists and engineers in conducting research and development of non-invasive, IR spectroscopy sensors for real time analysis of respired and tissue blood gases. The division also manufactured many of the system’s critical, proprietary components.

In 1985 as co-founder and first employee of Cascadia Technology, he was involved in all aspects of growing this start-up company which later developed the first solid state IR spectrometer for anesthesia and critical care monitoring. Today that product still holds considerable market share. His involvement and close contacts with the industry later resulted in the company’s acquisition by Novametrix.

After graduate school Mr. Mace accepted the position of engineering manager of special products at Physio Control (Medtronic) where he led the development of a new cardiovascular monitoring system. As product planning manager he worked closely with the marketing, sales and outside clinical luminaries in evaluating new product ideas which later he translated into engineering product specifications. He identified and coordinated the company’s first technology acquisition.

With American Hospital Supply (Lifemed Division) he served as a project engineer on the design and development of their in-home hemodialysis system. He also trained domestic and international sales staff as well as patients on the operation of the system.

Mr. Mace graduated with a BEE and MS (electrical and bioengineering) from Ohio State University, and spent an additional three years of post-graduate bioengineering studies at the University of Washington. In addition to his independent consulting services, he currently serves on several medical device advisory boards as well as locally volunteers with the Central Oregon Economic Development Association. He is a member of the Oregon Bioscience Association and a life member of the IEEE. He is an inventor on 15 issued patents.