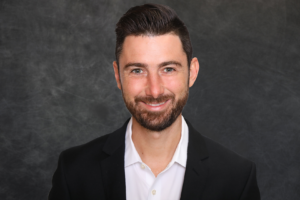 Galen Pyle is an experienced e-commerce entrepreneur, having founded and operated several online companies over 10 years, selling products to over 5,000 stores in the U.S. and in 30 countries. He has significant experience working with Fulfilment by Amazon (FBA) and Shopify e-commerce companies.

In 2017, Mr. Pyle was promoted to Chief Executive Officer of Cart Logic as it pivoted to become a digital marketing agency providing state-of-the-art services to nationally recognized brands and local startups. Cart Logic also became an influential angel investor in e-commerce companies. One of those investments, Sleep Direct, netted Cart Logic a 50,000% return when Sleep Direct was sold to BuyPap. Mr. Pyle then engineered the sale of Cart Logic to GRAYBOX in March 2020.

Mr. Pyle was also owner, founder and CEO of Hyperscale Marketing, a digital agency specializing in Amazon, SEO, and lead generation, which he successfully sold to StatBid in 2021.

In addition to his work at FOCUS, Mr. Pyle is the owner, founder and CEO of Best Knight Games, an e-commerce digital marketing company.

Mr. Pyle is a mathematician by training and an award-winning chess player. He began his career as a cloud computing consultant for Nike and Sony Pictures. He received his Bachelor’s degree in philosophy from Reed College and attended the post baccalaureate program in mathematics at Portland State University. Mr. Pyle is also an active executive advisor with several nonprofit groups.