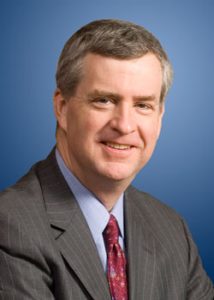 Chairman of the Board of Directors of Protagonist Technology LLC

Chairman of the Proxy Board of Morpho Trust

CEO of The Olive Group

David H. Langstaff, a FOCUS Senior Advisor, is a business and community leader with extensive experience as Chief Executive Officer and Director of advanced technology and professional services companies.  He currently serves as Chairman of the Board of Directors of Protagonist Technology LLC (previously, Monitor 360 LLC) – a San Francisco-based narrative analytics and strategy company, and as Chairman of the Proxy Board of Morpho Trust, a leader in bio-informatics and identification technologies.

From December 2009, Mr. Langstaff served as Chairman of the Board of Directors of TASC, Inc.  He was named President & CEO and served in that capacity from March 2011 through November 2013.  Previously, Mr. Langstaff was Founder, President & Chief Executive Officer and Director of Veridian Corporation from its formation in 1997 until its sale to General Dynamics in August 2003.  Veridian was an advanced technology company that specialized in mission-critical national security programs primarily for the U.S. Government. Veridian was regarded as one of the preeminent companies in its field with a strong values-based culture, and its IPO was recognized by the Financial Times as one of the ten best global IPOs in 2002.  Mr. Langstaff served as chief financial officer, chief operating officer, and chief executive officer of predecessor companies since 1984.  Mr. Langstaff also served as chief executive officer and co-chairman of The Olive Group, a global integrated security company with offices in Dubai, London and Washington, DC, from August 2006 through December 2007.

Mr. Langstaff is a senior moderator on values-based leadership with the Aspen Global Leadership Network of The Aspen Institute.  He chairs the Advisory Board of the Aspen Institute Business and Society policy program, is a Trustee of the Committee for Economic Development, a Director of The Hitachi Foundation, an Executive Fellow for the Center for Higher Ambition Leadership, a member of the Advisory Board of the Open Cloud Consortium, and a Director of the Wolf Trap Foundation.  In 2009, he was named to the Defense Business Board, which provides independent advice to the Secretary and Deputy Secretary of Defense, and in September 2016 was named a director of Premier, Inc (NASDAQ:  PINC) where he serves on the Audit and Compliance, and other committees.  From 2004-2010, Mr. Langstaff served on the Board of Directors of SRA International (NYSE: SRX), where he chaired the Committee on Compensation & Personnel, and previously, the Long Range Planning Committee.  He served on the Board of Directors of QinetiQ Group PLC (LSE:  QQ) from 2009-2011, where he was a member of the Audit, Remuneration, and Governance Committees.