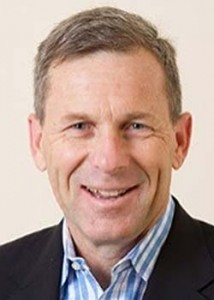 Board Member of Ultralife, Inc.

Bob Shaw, a FOCUS Senior Advisor, is a seasoned CEO and President of service based companies with national foot prints.  He has an outstanding track record of establishing operational excellence, world-class customer service, and sustainable, profitable growth.  A consummate business advisor with complex problem solving expertise, Bob has extensive experience translating business issues into critical paths with well-defined priorities.  He is an expert in creating a corporate vision and culture that fosters engagement, ownership, accountability, and staff retention across all levels.

Bob has deep hospitality experience and has run the nation’s largest harbor cruise and excursion vessel operations.  As President of Hornblower he led over 60 ships and 1,100 crew with $150M in annual revenue which included the Statue of Liberty and Alcatraz Cruises ferries.  The company won a 30-year concession for boat tours at the base of Niagara Falls, Ontario, Canada, replacing a 146-year incumbent.  He has managed over 100 ships in 20 U.S. ports which included Odyssey and Spirit Cruises.  For a time he was the sole American on the international management committee for Sodexho, S.A., today the world’s largest contract services company.  At Sodexho, he was responsible for 275 contract service accounts in 38 U.S. states.

Bob has led a $50M union mechanical contracting company in Washington, D.C. specializing in the healthcare and federal government markets.  Early in his career, Bob raised three rounds of venture capital to grow a bakery/café chain to 25 units before its sale to Au Bon Pain, Inc.  He served as an infantry captain in the U.S. Marine Corps.

Bob currently serves on the board of the NASDAQ-traded Ultralife, Inc., a lithium ion battery and military communications company headquartered in Newark, N.Y.  He serves as chairman of the Corporate Development and Governance Committee and on the Audit Committee.  He is a strategic advisor the HMS Global Maritime, a $140M annual revenue manager of ferries and the American Queen Steamboat Company, the largest overnight river cruise company in the U.S.  A long-time member of the Young Presidents’ Organization and World Presidents’ Organization, he has served on numerous boards of advisors through-out his career.  He was formerly a Vice President of the Harvard Business School Alumni Board.

Bob graduated from Cornell University with a B.S. in engineering and earned his MBA from Harvard University.  He and his wife, Michelle, live in McLean, Virginia.