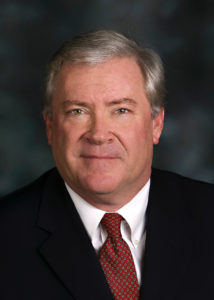 Bill Battison has been a banker with FOCUS since 2013 with a brief hiatus during which he ran his own broker dealer firm.  He has over 20 years of investment banking experience and has done deals valued at over $1 billion.

Prior to joining FOCUS, Mr. Battison’s career included stints at the consulting firm Booz Allen Hamilton, followed by a career in media at ABC, NBC and Westwood One, where he was President for nine years. In his media career he was responsible for the development of an industry standard for digital satellite distribution of radio networks, which he used to build Westwood One into the largest national radio network in the country.

Mr. Battison has extensive experience in the food & beverage sector and has sold food companies to buyers like Nestlé.  He has represented companies in bread, pasta, bagels and tea; additional industry experience includes aerospace, mining, restaurants and sporting goods.

Mr. Battison has an MBA from the Darden Graduate School of Business and a BA from the University of Virginia.

He has been on numerous boards of both public and private companies in the entertainment and technology sectors and is currently on the board of one of the largest not for profit senior living organizations in America.