Elections have consequences. The Tax Cuts and Jobs Act of 2017 was passed by the slimmest of margins in the Republican-controlled Senate and House through a budget reconciliation process that needed only a majority of votes to pass. We find ourselves now with the situation having flipped. 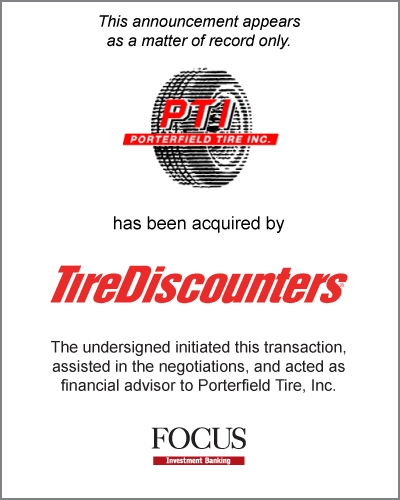 Washington, DC, (February 12, 2021) – FOCUS Investment Banking (“FOCUS”), a national middle market investment banking firm providing merger, acquisition, divestiture and corporate finance services, announced today that Porterfield Tire, Inc. of Athens, Georgia, has been sold to Cincinnati-based Tire Discounters. FOCUS represented Porterfield Tire in this transaction.
Thinking that you've finally "fixed" your dealership might prevent you from getting to that next, higher performance level.
The wealthiest independent tire dealers I’ve met always owned most of their own real estate. They lived in and around the market areas that their stores were in, so they knew the good locations with the best demographics and highest traffic patterns. 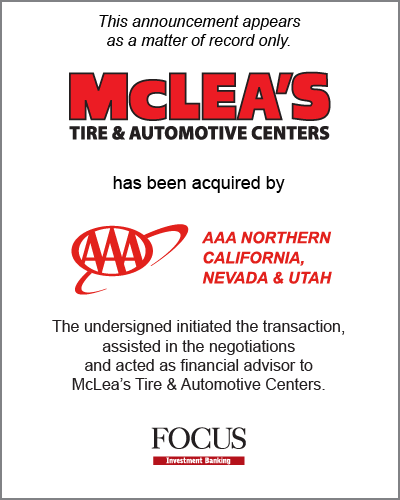 Washington, DC (December 8, 2020) – McLea’s Tire & Automotive Centers, a family-owned, five-store operation based in Santa Rosa, Calif., has been acquired by AAA Northern California, Nevada & Utah (AAA NCNU). FOCUS Investment Banking represented McLea’s Tire & Automotive Centers in this transaction.
Over the course of my career, I’ve been involved in a lot of different roles, from technician to general manager, to owner and operator of multiple shops, then as a seller when our company was acquired by a large consolidator in 2015, and as a representative and consultant assisting with both sales and acquisitions of collision repair businesses.
Many tire dealers are fortunate in having children who work in their business and plan to take over when they retire. 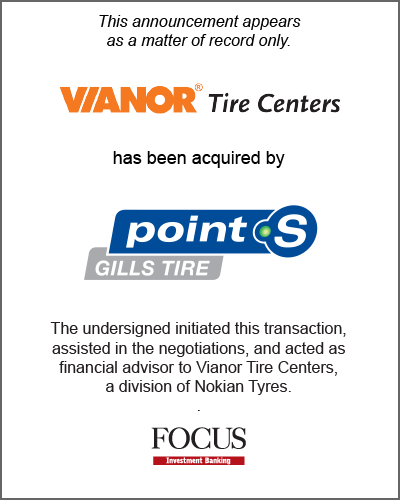